Court Sentences Clergy To 7 Years In Prison For Rape

Posted by CREEK NEWS WEEKLY Posted on 7:20 AM with No comments 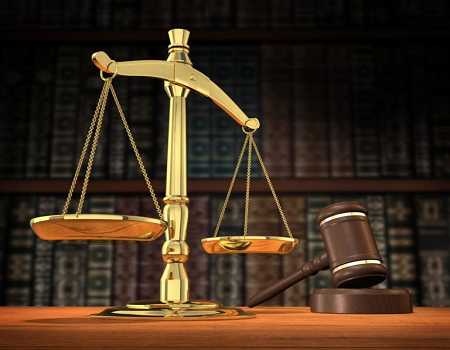 Princewill was charged with four counts bordering on rape, impersonation and attempt to cause abortion and abetting miscarriage.

Delivering judgment, Justice Hussein Baba-Yusuf said,” l must consider the faith of a young girl and the society.

“It is even worrisome when the person involved is a man of God who we should look up to as next to God, those who serve in the Lord’s vineyard are expected to be an example to the society.

“We have a duty to send a signal that this attitude should not be tolerated, it is regrettable that the person who called himself a man of God will be involved in such shameful disgraceful and satanic act,” he said.

The judge said that by this conduct, he deserved to be kept away from the public.
He would face the prison walls like a monastery so that when he comes out, he would have been born again.

Baba-Yusuf held that out of the four counts, the defendant is convicted on count one, which is rape and count three which is abetment to cause abortion.
He said that the testimony of the three prosecution witnesses has collaborated, PW1, was the mother of the victim, PW2, the victim herself and PW3, the doctor where the victim was taken to.
“I believe the evidence of the PW2 (victim ) to be true and the PW1 (her mother ) told the story in the same way the victim told the court too.
“The evidence of the accused was inconsistent, and confusing also and the direct evidence given by the victim to her mother narrated the ordeal the victim went through in the hands of the accused,” he held.
He said that though the convict denied not raping the victim, his evidence contradicted itself and therefore, convicted on the allegation of rape.

In the third count of abetment to cause abortion, the pastor was also convicted.

He was, however, discharged for the offence of impersonation and attempt to cause miscarriage.
According to the judge, the prosecution did not prove the ingredients of the alleged offence.

The clergyman was alleged to have forcefully had sexual intercourse with a 14-year-old girl, between July 27 and Dec. 31, 2011, at Mountain Mover Ministry International and his house at Nyanya, Abuja, without her consent and impregnated her.

He was said to have given her drugs with a view to aborting a pregnancy.

Princewill was also alleged to have, on or about January 2012, attempted to cause miscarriage on the victim when he gave her drugs to take and abort the pregnancy, which resulted in her bleeding.

The witness, Dr Felix Ogunbade of Fountainhead Medical Centre, Mararaba, Nasarawa State, told the court in the course of hearing that “the examination conducted on Favour as of the time she was brought to the clinic revealed that she was given an abortion drug.”

The witness, who had earlier testified in the case as the third prosecution witness, was recalled by the prosecution after the charge was amended.