Posted by CREEK NEWS WEEKLY Posted on 6:18 PM with No comments 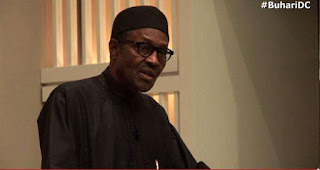 President Mohammadu Buhari has ordered probes into the sale of NigerianTelecommunications, NITEL and Mobile Telecommunications, MTEL sold for$252million to NATCOM Consortium during the regime of President GoodluckJonathan.
Buhari while receiving reports from the Permanent Secretary of theMinistry of Communication Technology said the probe has become necessaryfollowing protests from NITEL workers over the way and manner theorganization was sold.
It will be recalled that former President Jonathan’s administration soldthe telecom company for $252m to NATCOM consortium in December 2014.
Buhari also directed the Ministry of Communications Technology to workharder to fully develop the revenue-generation potential of Nigeria’sinformation technology sector.
Speaking after receiving a briefing from the Permanent Secretary of theMinistry, Dr. Tunji Olaopa, President Buhari  also directed the Ministryto bring forward for his consideration and approval, all pending proposalsfor the development of the country’s IT sector which require the approvalof the Federal Executive Council.
“Where you don’t need EXCO approval and you are not in breach of the lawand will not lose money, you can go ahead. Now that oil costs less and weare contending with its theft, we have to move to areas where we canrealize revenue quickly,” the President said.
President Buhari welcomed the plan by the Ministry to use post-officesacross the country for IT and financial transactions especially in therural communities, saying that he was happy to hear that “we arerecovering the post offices from rats and rodents.”
The President also asked for a comprehensive report on the sale of theNigerian Telecommunications Company (NITEL), saying that he was concernedby the continuing protests of former NITEL employees and other Nigeriansover the manner in which assets of the company were sold.
The Ministry’s presentation to the President dwelled heavily on thepotential of the IT sector which, Dr. Olaopa said, contributes 10 percentof the country’s Gross Domestic Product, GDP, but could grow to 20 percentif some proposals by the Ministry are approved and implemented.
RELATED POSTS
Tag : BUSINESS NEW