Posted by CREEK NEWS WEEKLY Posted on 4:26 PM with No comments 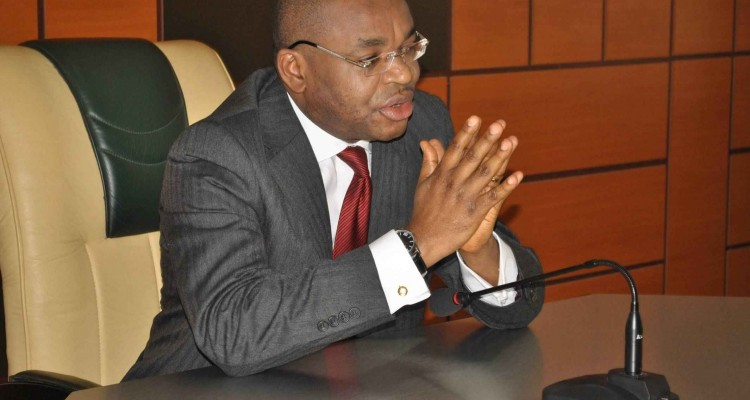 Akwa Ibom State Governor Mr Udom Emmanuel has commended the decision ofResilient Africa  a shopping conglomerate  in establishing a ShoppingMall, Shoprite in the State stating that the initiative underscores theavowed determination of his administration to place the state among comityof industrialised Nations.
Governor Emmanuel stated this during the ground breaking ceremony ofShoprite Shopping Mall at Ibom Tropicana Complex, Uyo.
He described the State as a land of abundance in all fields of humanendeavour adding that Resilient Africa has deemed it fit to invest in thestate in order to open up job opportunities and create wealth.
The State Chief Executive said that the ground breaking ceremoniesperformed in recent times across the state, have been complimented withtraining of youths to imbue in them requisite skills that would make themfit into the companies when they are operational.
He observed that the company has built a fantastic profile for itself incountries where they operate and enjoined them to maintained  thestandards in which they are known for.
Governor Emmanuel expressed delight on the proposed used of eighty percentlocal content in human and material resources and charged them to completethe project in a record time.
Earlier, the Commissioner for Investment, Commerce and Industry BaristerEmmanuel Enoidem noted that Shoprite Shopping Mall would  be providetenancy at the Tropicana  Complex and that the project will stimulatecommercial activities as well as create  employment for the youths.
In his speech, the Director Resilient Africa Mr Holland Marshall said thatthe company will commence construction in three months and in eighteenmonths, full commercial operations will begin. He added that the companyhas the capacity to employ six hundred indigenes at commencement ofoperations.
Mr Marshall promised a standard edifice  that befit the status of theState in line with government drive for industralization and thanked thegovernment as well as the host community for accepting them in theirdormain. Mr Marshall sued for a favourable business relationship andcooperation from the host community.
Also the Commissioner for Environment and Mineral Resources PrinceEnoobong Uwa and  Village Head Itiam Ikot Ebia,  Chief Timothy Udofia whospoke on behalf of the host Community commended the initiative and assuredthe company of a good operational environment.They maintained that thepeople are peaceful and accommodating.
Performances by Women groups  and Cultural troupes added colour to the event
RELATED POSTS
Tag : BUSINESS NEW