Posted by CREEK NEWS WEEKLY Posted on 3:51 PM with No comments 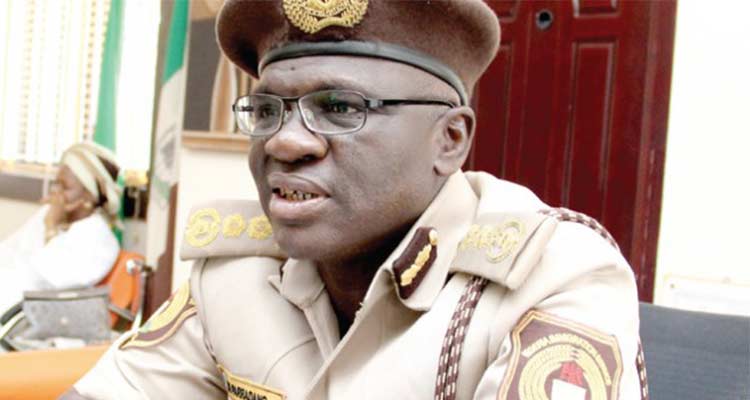 The Federal Government has suspended from office the Comptroller-Generalof Immigration, Mr. David Parradang, with immediate effect.
This is contained in a statement signed by the Director of Press, FederalMinistry of Interior, Mr Yusuf Isiaka Alhaji, on behalf of the permanentsecretary of the ministry, and made available to the News Agency ofNigeria (NAN) on Friday in Abuja.
The statement said the Deputy Comptroller-General of Immigration, MrMartin Kure Abeshi, had been directed to take over the affairs of theoffice. Abeshi is the most senior officer after Parradang, the statementadded. (NAN)
It would be recalled that a radical Muslim cleric, Ahmad al-Assir wasarrested by Lebanese authorities as he attempted to leave Lebanon toNigeria via Cairo.
Al-Assir was arrested with a valid Nigerian Visa.
The Federal Government swiftly ordered a full investigation into how awanted terrorist was granted Nigerian Visa in Lebanon to visit Nigeria.
RELATED POSTS
Tag : NEWS