Home » LIFE AND STYLE » Women In The Workplace: Have You Ever Experienced Subtle Sexual Harassment?

Women In The Workplace: Have You Ever Experienced Subtle Sexual Harassment?

Posted by CREEK NEWS WEEKLY Posted on 5:22 AM with No comments 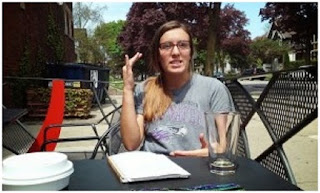 As a woman in the professional workplace, I have inevitably met other women who share the same experiences, hobbies and interests as me. Well, last week I was out to lunch with one of my girlfriends when she asked me if I ever experience what she referred to as “subtle sexual harassment”. She went on to say that she was feeling weird about her boss, and how he treated her. He would always subtly give her compliments about being young and good looking, but never actually touched her in any sort of way. He would also make jokes, and chat with her on emails, which made her feel uncomfortable. She told me how she was going to report this to HR and it got me thinking about what one would consider sexual harassment, subtle or not. I feel as though if something someone does or says makes you personally feel uncomfortable, it is, in some way shape or form, harassment. The workplace is supposed to feel safe, and as soon as you are feeling vulnerable, you are never going to be efficient at your job. BUT, on the other hand, everyone is different. A harmless joke can quickly be taken as harassment, so it’s difficult to know where to draw the line. I think people could make an assumption that depending on your personality and the personality of your boss, you can both sort of understand how the relationship is going to be. I have the type of personality that likes to make jokes and hear other people’s. I think that what my friend was describing to me, I personally wouldn’t consider it harassment, but it made HER feel uncomfortable. When is it “too far”? If it always goes a little too close to that silver lining, will we all just live in a world of seriousness?
RELATED POSTS
Tag : LIFE AND STYLE