Posted by CREEK NEWS WEEKLY Posted on 12:21 AM with No comments 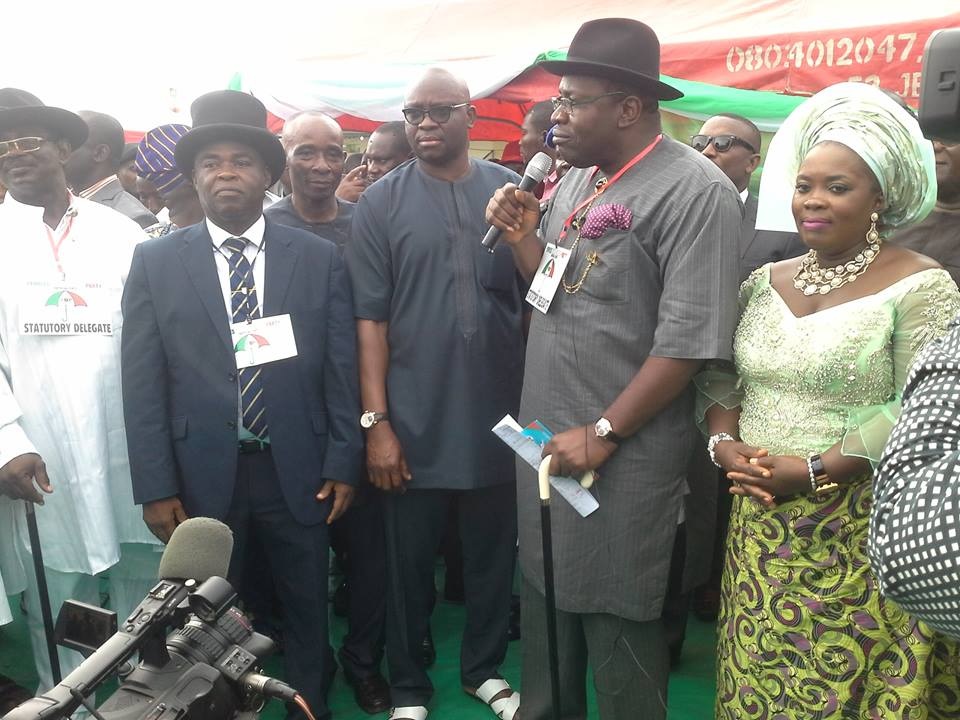 By Esther Ebe-Opuene
The Governor of Bayelsa state, Hon Henry Seriake Dickson has mocked the postponed All Progressive Congress, APC, gubernatorial primary election in Yenagoa.
Dickson made mockery at the party after he emerged as the Peoples Democratic Party (PDP) primary election as sole candidate for the December 5, guber poll.
He said the APC concluded a primary election that did not produce certificate. However he condemned attacks on the citizen of the state as a result of the violence recorded during the APC primary stressing that the Peoples Democratic Party has left the errands of Egyptians where suffering is being afflicted on the people.
He called on the PDP defectors to come back as the party umbrella is big enough to contain all.
Dickson commended party faithful for the confidence reposed on him and the party for adopting him as the party flag bearer stressing that come December 5, 2015 they will make their voice louder for Abuja to hear.
He also adopted Rear Admiral Gbioribiogha John Jonah as running mate noting that it is a ticket of continuity and stability.
Announcing the result, the Chairman of the Electoral Panel and Governor of Ekiti state, Chief Ayo Fayose said there was a total of 476 delegates but 452 were accredited to vote while 19 delegates were absent with five void votes.
He declared Governor Henry Seriake Dickson unopposed candidate for the party to contest the December 5, 2015 governorship election.