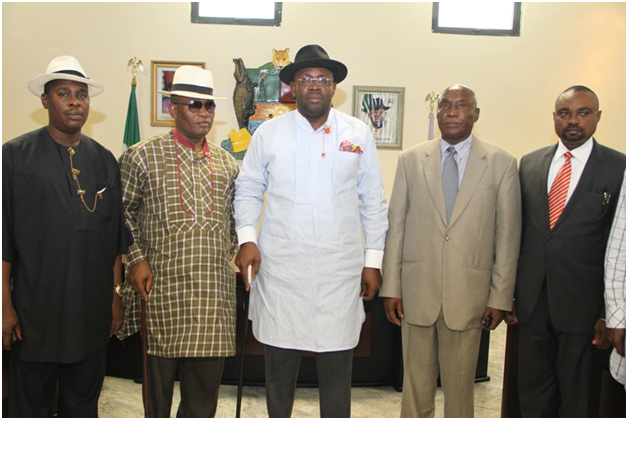 The Special Adviser to Bayelsa state Governor on Political Matters, Mr. Fyneman Wilson has been abducted by unknown gunmen with his Personal Assistant.
The gunmen were said to have met him at his country home in Sagbama at about 4 am barely few hours after his principal’s formal declaration to contest the December 5, 2015 governorship poll.
His whereabouts up till the time of filing this report is yet to be ascertained.
Nobody knows why the political adviser to Governor Dickson is abducted at the wee hours of the morning but it is alleged that the abduction was unconnected with the Governor’s declaration ceremony which took place earlier in the day.
Hundreds of thousands of people including youths, women groups, party leaders at the grassroots, federal and state lawmakers, chairmen of the eight local government areas, the councilors and the state Executive Council (Exco) members were at the stadium.
However, several women and youths who attended the governor’s re-election ambition were seen at about 8 pm on that day at Peace Park, Banquet Hall and Government House Gate waiting for their transport fare back home.
The crowd was so much that security agent’s used teargas to disperse the crowd.
All efforts to contact the state police image maker Asinim Boswat on the issue of the special adviser’s kidnapping proved abortive.