Mystery of political deaths in Bayelsa

Posted by CREEK NEWS WEEKLY Posted on 5:38 AM with No comments 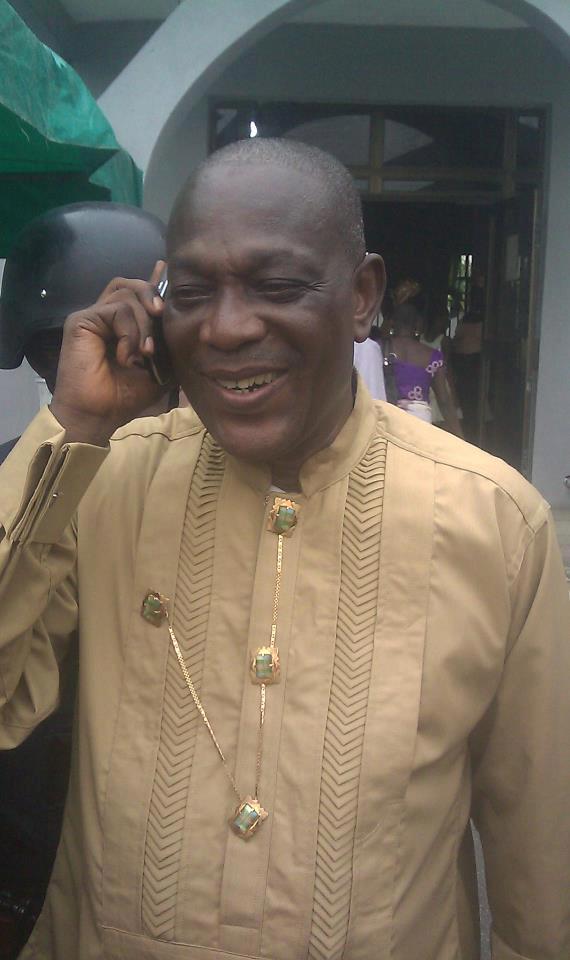 Human beings were made to understand from the scriptures that there is a time to born and time to die. To this end, every living soul becomes invasive of death whether you are a rich or poor man on earth. No one will remain on mother earth forever. Everybody will go to the world of death either by natural or unnatural death one day.
However the way some deaths had happened appears to be mysterious because as mortals people never expected it immediately within from their frame of mind.
From 2012 to 2015, there were some mysterious political deaths that hit Bayelsa state that shocked the world. I mean they are political in the sense that it happen at the heat of a national political programme.
For instance, eight prominent Bayelsa women died in ghastly auto accident along the East West road while they were returning from a nocturnal political meeting with the ex-first lady, Mama Peace in Port Harcourt in November 2014. Only one woman survived at the end of the rescue operations and she’s is currently receiving medical attention in a London hospital. Quickly come to mind were Hon. Asha Perekalama, Wife of the present serving secretary to government Prof. Allison Oguru and others.
It is not out of place to say that the deaths occurred at a time when the ex-first lady was rumored for having a political difference with the governor of Bayelsa state Chief Henry Seriake Dickson as her husband Dr. Goodluck Jonathan holds sway at the presidency. Nobody knows how such unwarranted political difference started but sources close to the presidency however hinged on the ex-first lady’s ambition to endorse an aide to her husband to contest this year’s governorship election in Bayelsa state. And because the wife of the ex-president was powerful, a division among Bayelsa women in politics emanated to support her while other faction supported Governor Dickson. The political rift between Dickson and Mama Peace was so strong that the ex-first lady resigned her appointment as permanent secretary to show her disaffection with the governor. Governor Dickson himself too was unhappy about the ex-first lady’s political calculation to change him for the 2015 guber election which he’s working hard to secure second tenure in office.
With these political scenarios, it has become doubtless to believe that the women who died on that unfateful day during the ghastly motor accident were definitely the faction of the ex-first lady. It was rumored that they were too greedy, eager to make some dime from the ex-first lady at Christmas time and more so hoping that she will be at saddle after the 2015 presidential election. Then there is the rub. President Jonathan loses the election. Up till date, nobody is yet to verify what happened to those Bayelsa women that died apart from the mere hearsay evidence that the bus they were traveling rammed into an up-coming vehicle. The circumstance of that incident remains a mystery. Their death rings bell in the state.
Now is the recent controversial death of the ex-PDP chairman Col. Sam Inokoba (rtd).This retired army colonel became the chairman of party in 2012 at the Isaac Boro Remembrance Acarde in Yenagoa when the party organized a fresh election.
He was described as a man of honor and humility by even Governor Dickson when the going is good. But the cordial relationship became sour when the state working committee of the party allegedly accused him of financial misappropriation before and after the last presidential election. He was suspended by the party at the state level although the then PDP national headquarters regarded him as the authentic state chairman of the party.
It is said that the PDP chieftains tried to reconciled Governor Dickson and Inokoba but it was to no avail as the two politicians bent on their view points to hold. Then the obvious happen. The state leader of All Progressive Congress, APC, and former governor of the state Chief Timipre Sylva led Sam Inokoba and hundreds of thousands of PDP loyalists to APC in a mega rally in Yenagoa, the Bayelsa state capital where he formerly denounced his membership with the PDP.
Immediately thereafter, the social media was buzzed with a news item that Inokoba has collapsed at town hall meeting organized by the APC in Nembe. Family sources however warned the APC against any foul play of their father but his media aides insist through press statements that Col Sam is alive and healthy until last Monday when his death was announced on state radio, saying the former PDP chairman died from his sleep in Lagos.
The death of Inokoba also rings a bell in Yenagoa. To some his death is untimely while others expressed sadness for the irreparable loss by the family and friends, adding that his wealth experience will long be remembered in the annals of Bayelsa state political history especially by the political class.
Up till the time of piecing this article together, no one has given reason of his death but however family sources say his body would be returned to Bayelsa soon. Reports say the state government is prepared to help bury the late Inokoba but some indications we hear disapprove the state government decision.
The two death incidents are remarkable because those losing their lives from one time to the other were opposed to agree on party policies and strategy and definitely regarded as victims of circumstances they never perceived immediately to avoid particularly the late Inokuba who would have by this of the season coolly relaxed at home to reap his bounties. Mystery, you may say.