Posted by CREEK NEWS WEEKLY Posted on 8:44 PM with No comments 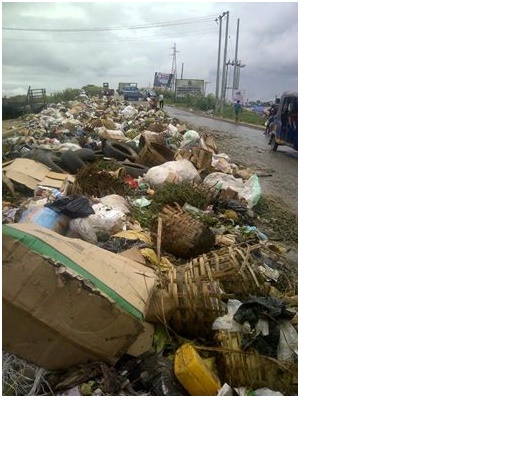 A powerful politician who believed to be in the corridors of power is said to have stalled a motion inviting the authorities of sanitation in the state to appear at the sacred floor of the state House of Assembly.
It was gathered that the motion was tabled at the floor of the assembly by the Chief Whip of the House, Hon. Tonye Isenah, member representing Kolokuma/Opokuma Constituency 1for the key sanitation officials to appear before the house in respect of the massive un-cleared refuse dumps littered in the state capital.
According to our sources, the said motion was carried by the entire house and asked the officials to appear on Tuesday 15, 2015 for questioning the allege failure of clearing the refuse dumps that constituted nuisance in the city.
But to the surprise of the house members the sanitation officials of the state declined to appear as at directed by the assembly.
The failure of the said officials, we gathered, is hinged on the said powerful politician who is alleged to have questioned the authority of Speaker to have invited the sanitation officials to appear before the house.
The same powerful politician in government circles also questioned the Speaker whether he’s not aware of the personality handling the contract of clearing refuse dumps in the state, adding that the house could have gotten clearance from the important personality before inviting them for questioning.
To this end, the motion was suspended till further notice. Nobody knows when the stinking refuse dumps will be cleared as it is causing health hazards to inhabitants of the city and its environs.
All efforts to established contacts with the authorities involved proved abortive as their phone lines were not going through for comments as at press time.