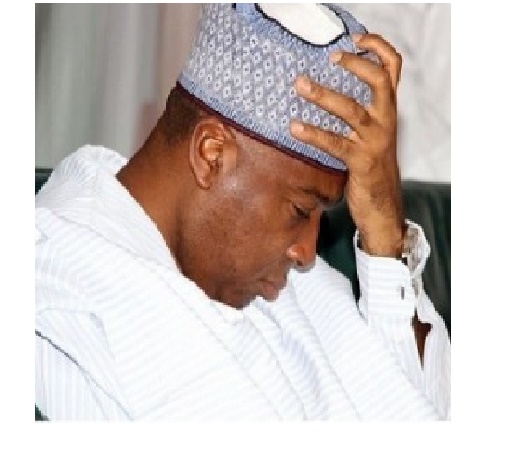 Nigeria’s senate president Chief Bukola Saraki was ducked today on a 13-count charge of false asserts declaration by the Code of Conduct Bureau in Abuja
After the prosecution read out the 13-count charge against him, the senate president pleaded not guilty. But then, the senate president told the Code of Conduct Bureau Tribunal that it was the first time he knew that court papers were served on him.
Counsel to CCB, Rotimi Jacob urged the chairman of the tribunal of his readiness to prove the evidences against the senate president but the counsel to the defendant Joseph Dauda raised that it was unconstitutional to do so, because his team need more time to study the charges against the accuse person and he finally apply for bail of the accuse.
After few exchanges on issues of constitution and law between the two counsels, the Chairman of the tribunal upheld the prosecution’s point of law and allowed him to a give brief detail of the evidences against the senate President. He mentioned some juicy property owned by the accuse person in Abuja and Lagos allegedly undeclared by the senate president.
Summarily, the Chairman of the tribunal Justice Danladi Umai granted bail to the accuse person on self recognition and adjourned the case to September 21- 23, for further hearings.
Creeknewweekly.com gathered that it is the first time a senate president is being prosecuted in Nigeria for false assets declaration at the code of conduct bureau as it is guaranteed by the 1999 constitution.
Since Olusola became the senate president, he’s surrounded by controversies including his dear wife.
New change advocate and President of Nigeria, Muhammadu Buhari on assumption of office said he did not belong to anybody but everybody as his preparedness to fight corruption is unshakable.