Posted by CREEK NEWS WEEKLY Posted on 7:04 AM with No comments 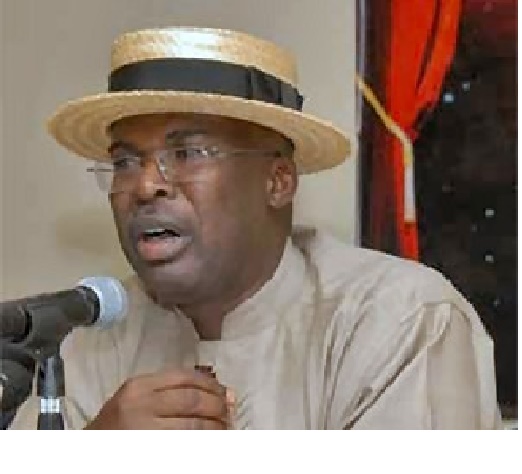 By Esther Ebe-Opuene
The former Governor of Bayelsa state Chief Timipre Sylva has been declared winner of the All Progressive Congress governorship primary reschedule election.
Chief Sylva emerged as the flag bearer with a vote of 981 against his rivals in the reschedule election held at the party secretariat in Yenagoa.
Declaring the result, the Chairman of the 7- man election committee, Gen. Mansur Dan Ali said the total number of accredited delegates voters was 1,147; valid votes were 1,120 and invalid votes 27.
Commenting on the outcome of the election, the All Progressive Congress flag bearer, Chief Sylva said politicians need to learn from the dexterity of military in conducting elections, stressing that what a sitting governor Adams Oshiomole was unable to achieve in the previous election held at the Sport Complex was successfully achieved by Gen. Mansur Dan Ali.

Chief Sylva accuses the restoration government of deceit that the Nembe / Ogbia road which they are projecting in their campaigns was not done by them rather it was done by NDDC and Shell Company.
Also Chief Sylva promised Bayelsans a stable power supply if he emerges the winner at the December 5 poll, while expressing his gratitude to his supporters for standing and voting for him the second time.
Meanwhile Chief Diekivie Ikiogha, Tarila Timipa, Austine Ogunwo and Pst. Tonye Aprella stormed the venue of the primary at about 12 mid-day, calling for the cancellation of the election.
They said they were not informed of the change of venue which was to hold at the Sports Complex, noting that they were waiting at the Sport Complex for the election only to realize that election was in already in progress at the APC State Secretariat.
In another development a strong contender with Chief Timipre Sylva, Timi Aliabe is reported to have withdrawn from the poll before the election.
Alaibe who issued press statement about 3 a.m. of his withdrawal from the race said he withdrew due to party interest.
Scores of other aspirants were Powell Godknows 39, Wanman Ogoriba 28, Chief Diekivie Ikiogha 22, Ebiten Francis 9, Mrs. Charity 7 votes.
Others are Preye Aganaba 8, Austine Febu 7, Romeo Bekeyi 10, Ebitimi Amgbare 3, Amb. Otiotio 1, Sen. Clever Ikisikpo 3, Felix Oboro 1 and Christopher Enia 1 vote.
Mr. Imoro Kubo, Tarila Timipa, Ombe George and Pst. Aprella Tonye have no vote.