Posted by CREEK NEWS WEEKLY Posted on 9:13 PM with No comments 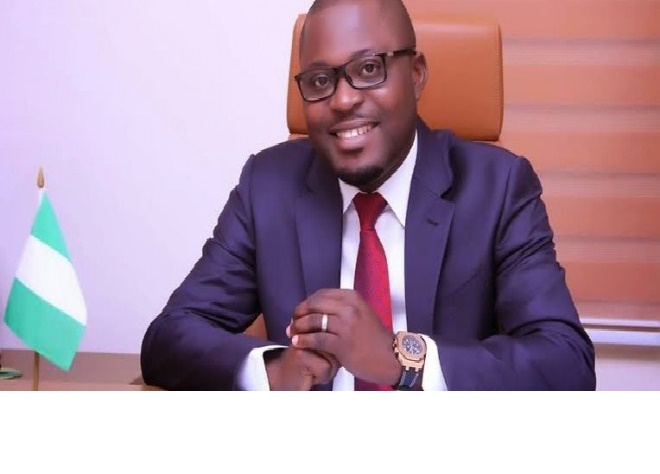 Bayelsa state students have passed a vote of confidence on the Governorship Candidate of the Peoples’ Democratic Movement, DPM, Moses Siloko Siasia for the December 5 state gubar election.
Speaking at the thunderous crowd at the Sampson Siasia Stadium in Yenagoa, Comrade Pat Obiene who represented the students viewed that the young and articulate governorship candidate has the pedigree and capacity to create industries in Bayelsa state for unemployed graduates towards gainful employment and, also he is the only man to take youths to the promise land.
Also speaking the chairman of the party Bannerman Wilman Okali noted that the PDM agenda is to empower the youths as future leaders begins today with Siasia, therefore he urged them to embrace the party featuring the only woman deputy governor since the creation of the state in 1996.
“There is no more darkness in Bayelsa but light from now,” he quipped
In his vein, the governorship candidate of the PDM, Mr. Siasia decried lack of economic prosperity, water, private sector but with the highest teenage pregnancy 17 years after when the state was created.
However, he is optimistic to state he will turn the darkness to light if the people of the state are ready to give him the mandate, adding that he’s the alternative to put smile on the faces of Bayelsans.
“The days of N30,000 is over as women will be a part of the decision making body with 40 per cent representation and elders with 20 per cent,” he explained. He said Bayelsa state is the smallest in the country therefore she needs a small vibrant young man as leader.
His two point agenda include education and industrialization which in its total summation is aimed at creating more than 30,000  jobs with over  500 companies to be established to transform  the economic prosperity for Bayelsans.
He went further to state that the Peremabiri Rice Farm is regarded to be destination of Africa. He also promised to set up a Processing Plant for plantain cheap and flour including fish.
Other promises Siasia pledged to embark upon includes the building of a new city for Oloibiri Town, Blue Sea Autonomy for civil servants, Tourists Beach at Akassa and free education for both indigenes and non-indigenes of the state.
The highlight of the rally to kick-off his campaign was the presentation the party’s Flag/Torch to Siasia by a member of the national working committee from Abuja.