Posted by CREEK NEWS WEEKLY Posted on 1:06 AM with No comments 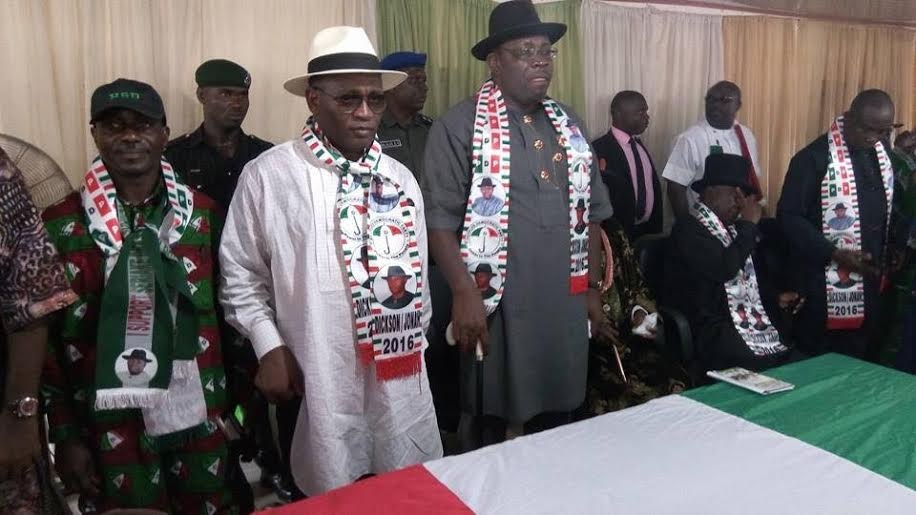 With about one month to the December 5 governorship election in Bayelsa State, the Restoration Campaign Organisation on Tuesday expressed concern over what it called "the deceitful style of campaign" by the All Progressive Congress (APC), describing it as shameful.
The organisation called on APC to look for other sane and more dignifying means of campaign.
The Bayelsa Restoration Campaign Organisation of Governor Henry Seriake Dickson, advised Bayelsans and other residents of the state to be wary of the antics of the APC members "who are desperate to grab power through the back door by advancing various dubious means."
A statement issued in Yenagoa by its Director of Media and Publicity, Hon. Jonathan was reacting to the flash sanitation exercise carried out by the APC which, it said, "has now confirmed to everyone the earlier assertion that it is indeed the so-called change party that is responsible for the heap of refuse around the state, particularly in Yenagoa the state capital."
Obuebite described as embarrassing such cruel campaign strategy of the APC, adding that "they decided to carry out the show of shame on a day that is usually set aside by the state sanitation authority for evacuation."
He advised the APC and its embattled candidate, Timipre Sylva to look for other sane and more dignifying means of campaign as this latest style would not secure for him the votes required to be elected.
Obuebite added that Governor Dickson is fully committed to governance and ensuring a cleaner and healthy environment for all.