Posted by CREEK NEWS WEEKLY Posted on 11:19 PM with No comments 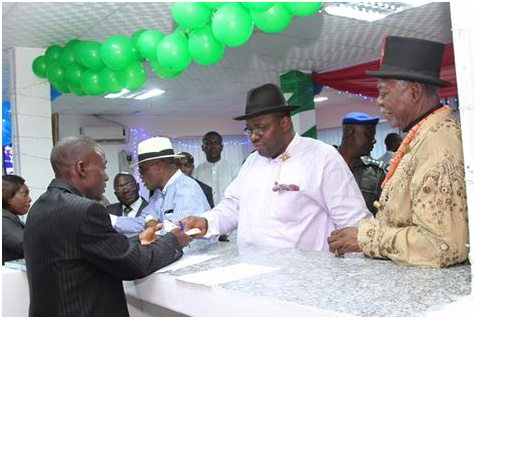 The Bayelsa state chapter of Association of Senior Civil Servants of Nigeria (ASCSN) has called on the Bayelsa state government to look at avenues to create jobs for employment.
The Chairman, Comrade Tari Dounana made the call at a seminar held at the Nigerian Union of Journalists (NUJ) press centre in Yenagoa.
The seminar entitled “Civil servants as instrument for wealth and job creation” harped on some anti-social vices that have made people to become jobless in the society.
The chairman listed such as high rate of robbery, prostitution, kidnapping and ritual killings which are now prevalent in the society.
All these, he said, are traceable to joblessness and poverty which has become imperative for the government to accord the issue of job creation a needed priority.
He’s of the belief that once government is able to give the needed attention for job creation, the economy will turn around for better.
He also advised government to embark on construction of houses in the state to ease the challenge of inadequate accommodation facing workers in the state.
Comrade Dounana appealed to state Civil Service Commission to conduct promotional exercise as at when due stressing that it will help to boost productivity in the workplace.
According to him, the delay in the conduct of the 2015 promotion exercise in the mainstream has become a challenge to workers in the state.
However, Comrade Dounana thanked President Muhammadu Buhari for approving a bailout funds for states to pay salary arrears to public servants but decried that the fund for Bayelsa state is yet to be released till date.
He urges all relevant authorities in charge of the Bayelsa bailout funds to urgent take steps to ensure the release of the said funds.