Posted by CREEK NEWS WEEKLY Posted on 8:59 PM with No comments 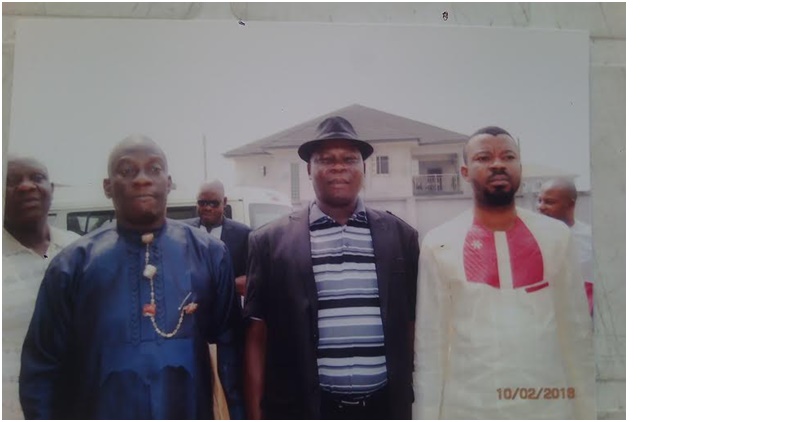 Members of the Bayelsa state Federated Fadama Community Association (FFCA) have been charged to make business plan to that will enable them acquire loan.
The National President of FFCA, Hon. Williams Ngwakwa gave the charge in Yenagoa the Bayelsa state capital on his three days visit to the state.
He stated that, they are making effort to ensure that the grassroot farmers are given adequate attention and benefit that is due them.
He noted that farming is now a big business  and is given priority by the Federal government because of the dwindling resource , while urging members to take farming serious.
He urges farmers to open a loan account with micro finance bank and make business proposal on how to manage fund to enable them access loan, noting that fund have been made available  to farmers to acquire loan.
Highlighting their achievement, the Chairman of Bayelsa state  Federated Fadama Community association, Mr. Yola .C. Pereze said  the state chapter of FFCA have achieved 80% completion in the Fadama III membership validation exercise and have also render assistance to members to secured SMSEDF CBN loan approval.
Mr. Pereze evealed that the sum of  fifty million naira (N50,000.000 ) have been saved in their Fadama Users Equity fund in Bank and osusu, noting that plans is on high gear to migrate to Fadama microfinance bank.
He noted that several move have been made by FFCA in collaboration with the State Commissioner for Agriculture and National Resources  to commence the access of USS 200 million fund from the International Development association.
"The state FFCA have in several occasion collaborated with the state commissioner of Agriculture  and National Resources and the state Fadama III project to facilitate the commencement of the USS 200 Million from the International Development Association as additional funding to Fadama III project implementation ,  fortunately, our amiable Governor Hon. Henry Seriake Dickson have signed the intent letter at the same time approved the sum total of thirty  five million eight hundred and seventy two thousand naira (N35,872,000.00) being the first year annual counterpart  fund payment he stated.