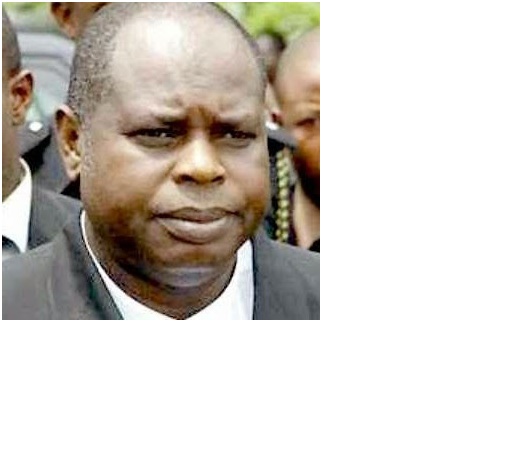 All roads lead to Amassoma Community in Bayelsa state for the burial ceremony of the late first executive governor of the state, Chief DSP Alamieyeseigha who died on April 10, 2015
He died at the University of Port Harcourt Teaching Hospital (UPTH) in Port Harcourt, Rivers State following health complications.
Born November 16, 1952 he attended Bishop Diemeari Grammar School, Yenagoa. Thereafter, he joined the Nigerian Defence Academy as a cadet officer in 1974 and later in the Nigerian Air Force, where he served in the Department of Logistics and Supply.
While in the Air Force, he held various positions in Enugu, Makurdi, Kaduna and Ikeja before retiring as Squadron Leader.
He later became the Sole Administrator of Pabod Supplies Port Harcourt and Head of Budget, Planning, Research and Development of the National Fertilizer Company (NAFCON), Onne.
Alamieyeseigha was elected as the first executive governor of Bayelsa state in 1999 under the platform of the Peoples Democratic Party (PDP). He was re-elected in 2003 but his second tenure was cut short following his arrest in London by the Metropolitan Police for alleged money laundering charges.
He was later impeached by the Bayelsa State House of Assembly in December 9, 2005.
Alams, while alive speak tough and loud on matters affecting his geo-political zone and the Izon Nation. He was a frontline runner of the Nigerian political space on issues of national importance, ready to take and commend the way forward. His love and vision of his people remained unsurpassable.
Alams, popularly known and called as the “Governor-General of Ijaw Nation” his final earthly journey begins on April 7, 2016 with a Public Lecture and Youths and Students activities with service of songs in the evening.
The remains will depart from the University of Port Harcourt Teaching Hospital, Rivers State on April 8, 2016 in a motorcade to Yenagoa for a valedictory service by the Bayelsa state government.
His body departs Yenagoa for his home town, Amassoma, for wake keep and on April 9, 2016 a commendation service would be held in his honor, thereafter interment.
Hundreds of thousands of dignitaries are expected to grace the ceremony