Posted by CREEK NEWS WEEKLY Posted on 8:21 PM with No comments 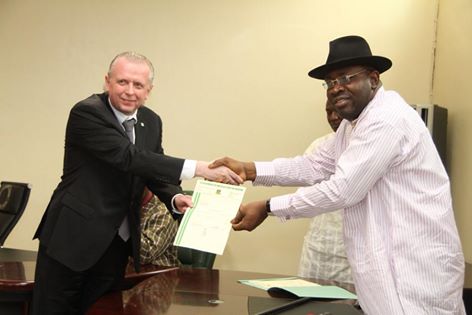 May 4, 2016
The Deputy Director-General of Nigeria Law School, Yenagoa Prof. Emiri has ordered staff of the school to pack out of the staff quarters.
He disclosed this in a meeting he held with the lease agent, F-Global Property and staffers of the school in Yenagoa, Bayelsa state.
Nobody knows why the law school Deputy Director -General wants the staff to quit their homes in the staff quarters but a reliable source hinted Creeknewsweekly.com that the man is shifting responsibility to his next successor who is billed to take over soon.
Furthermore, reason had been that he cannot negotiate with the state government to pay the lease fee of the quarters for the property agent as at when due since June last year.
A staff who spoke to our correspondent on condition of anonymity said he was furious about the decision by the DDG as this is coming at a time when the state and the country at large are under pressure of economic recession.
He queried where they will pick up adequate money to rent another accommodation to stay as they have exhausted all their savings from the old good days.
He described the DDG’s decision as heartless and harsh just because he retires next month, adding that if he did concede his decision the welfare of staffers and their families are going to be threatened.
Creeknewsweekly.com gathered that the F-Global who happens to be the agent prefers the school authority to re-new the lease of the property.
When contacted, the DDG Prof. Emiri claimed to be ignorant of the matter but he said he isn’t speaking to the press on the matter.

However, the state secretary to the Government of Bayelsa state Chief (Brr.) Serena Dokubo  said that he’s not aware of the matter and advised the school authority to write a formal letter to his office for action