Dickson’s bag of many troubles

Posted by CREEK NEWS WEEKLY Posted on 10:15 PM with No comments 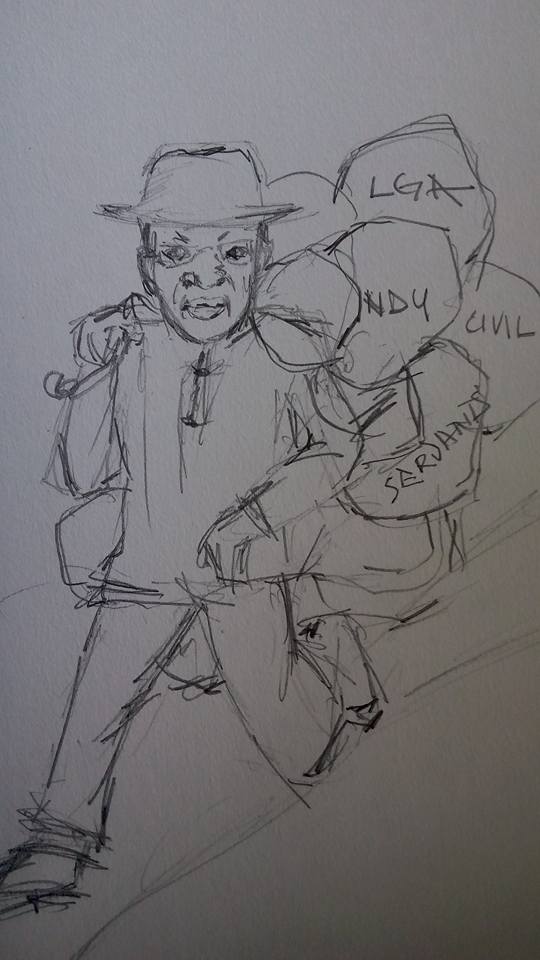 By Papa Austino Bob
It is obvious that Governor Henry Seriake Dickson is one person that is carrying a bag of troubles, from administrative hiccups to political miscalculations. Name them: the Niger Delta University (NDU), unpaid civil servants’ salaries, including the ones of local government staffers and unending verification exercises. It is really a bag of trouble. The controversial establishment of the African University at Toru-Orua, his home town, is just a fresh one added to his bag of trouble.
The man seems not to worry about these issues on ground as he always makes people to believe that he’s in control. To him, there is no shaking in spite of the challenges facing him.
The trouble is that uncountable lives have been lost as a result of unpaid salaries of civil servants and pensioners in the state. Although he blames this problem on the economic down turn but stakeholders are not at par with his claim. They are of the view that the governor could pay salaries because he got more than N95billion as federal allocation within the past one year although he claims that the money is inadequate. At least, he could have succeeded in  paying up three full months by now.
His verification exercise to trim down the wage bill of civil servants is just a child’s play. Times without number, he appointed committees to verify workers but it turns to be a fluke as the state wage bill is rather on the increase. Those behind these exercises are not helping matters, so the trouble still remains.
Because of the unpaid salaries, businesses are crumbling down in the state. A sizable number of investors have closed down their establishments and moved to other prospective cities to do business. This is hinged on the fact that Bayelsa is mainly a civil servant state. Business activities boom when workers of the state receive salary. His problem is that he could not diversify the economy or invest when the state allocation was more than N20billion per month.
Now there is hunger everywhere in Yenagoa and Governor Dickson cannot solve this anomaly. The people go cap in hand to beg for alms for daily survival.  This is disgusting indeed. A government that cannot guarantee the well being of the people is unacceptable. It is like the government is depriving the people from getting what legitimately belongs to them. It’s also likely that this can of trouble hanging on Governor Dickson’s neck may linger “Till Thy Kingdom Come” because there is no suitable index to show that the state of the economy would improve soon. Certainly, the man has lost focus.
Today, the state owned university is gradually dying. He made a public statement that he cannot fund the university anymore. Therefore he now prefers the establishment of a new university called African University to the funding of the already established state owned university. The lecturers have since carried out a strike action following their unpaid salaries and the university still remains closed. A pertinent question is being asked: What will be the fate of the students? Nobody knows. Perhaps Dickson can only respond to this question. Is it wise for a man to marry a new wife when he’s not able to take care of his old wife? It is all absurdity. It is correct to say that Dickson is killing NDU. He has deceived the Amassoma community who massively voted for him at the last governorship election. He has betrayed them. The King of Amassoma Kingdom may now convert the university to his grand palace, courtesy of Governor Dickson’s insensitivity to his own people.
The location of the new African University has become a controversial issue. Tongues are wagging on why it is situated at his village while the state owned College of Education is cited few kilometers away from the proposed site of the NUC approved university.
But some persons have contrary view in this matter. The lawmakers in the State House of Assembly have on several occasions tried to justify the location of the university at Toru-Orua, arguing that it is appropriate based on the fact that Bayelsa West Senatorial District is yet to have a tertiary institution. As I write this piece, the NUC has already given its nod to the establishment of the university. Doubtlessly, many of the lecturers may apply for job in the new university. No student will pay less than N1miilion per one academic session. Dickson will make huge profit from the school. Clever idea it is!
Can Governor Dickson solve the array of troubles he has created for himself and the state? To some, there is nothing Dickson could do again. He has won Sylva’s election petition tribunal matter; he has also succeeded in paying civil servants half salary and they cannot cough after he got about N60 billion from January till date. Dickson may leave office with plenty troubles he created without solving each one of them.