Posted by CREEK NEWS WEEKLY Posted on 4:47 AM with No comments 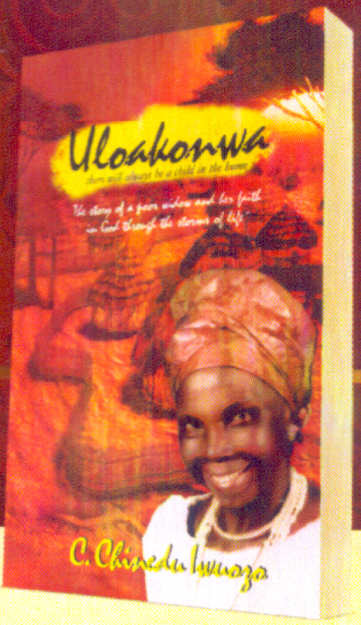 By Papa Austino Bob
A new book entitled “Uloakonwa has been launched in Yenagoa, Bayelsa state capital on July 29, 2016.
The book is authored by Superintendent of Police, C. Chinedu Iwuozo is attached to the state Marine police command in Yenagoa. It is a literally work in honour of his mother Uloakonwa who went through all the crucible of life challenges.
The reviewer of the book, Chinyochaobi Isreal Uhuegbu remarked that the literally work by Superintendent Iwuozo is liken to the real celebration of a mother who scales through tremendous hurdles from the narrow foot paths of tears, spiritual wickedness, envy from kinsmen and untrustworthy neighbours.
He described “Uloakonwa” as the bridge between the ugly past, the joyful present and the glorious and promising future through education, rejection of old belief systems and faith in the almighty God as turning points.
According to the reviewer, two scenarios have emerged from the book: a society that was driven by gods, family afflictions, misfortune and another, a society driven by white man’s religion.
If the book is a journey, he said, the author has gone back to discover his cultural background made up of information, education, religion, history, genealogy depths and distances.
Hon (Col) Benard Kenebai member representing Sagbama Constituency 11 in the Bayelsa State House of Assembly, who was the chief launcher of book advised readers of the book to learn from the experiences the author has stated in his book, saying that it is a must guide for the Niger Delta youths path to success.
In his address, the author Superintendent Iwuozo acknowledged all the numerous people who help and encourage him to write his book successfully, adding that he give thanks and praises to God Almighty for his guidance.
Dignitaries from all walks of life graced the occasion.