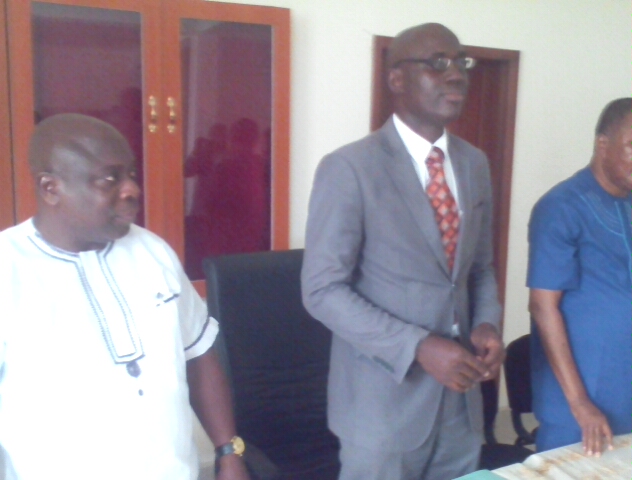 By Papa Austino & Jide Dominic
The newly appointed substantive Rector of the Federal Polytechnic, Ekowe, Bayelsa state Dr. Enatimi Idah Seiyaboh has promised staff and students of the institution of full accreditation of courses during his tenure in office.
Dr. Seiyaboh who is once a lecturer at the Niger Delta University (NDU) Amassoma before his new appointment disclosed this to newsmen in his office on Wednesday.
He stated that he had succeeded this feat during his days at the Niger Delta University, Amassoma as he strongly believe that he could do the same at the Federal Poly, Ekowe.
According to him, he met only three departments of the school when he assumed office few days ago, adding that before the end of his tenure, the necessary machinery would be put in place to go on full stream as regards all courses in the institution.
Speaking on issues that rocked the institution during the former rector, the erudite scholar maintained that he is not envisaging any crisis but if it occurs, it could be surmounted as long as there is a sincere and committed team to work.
He urged the staff of the institution to live up to their responsibilities, pledging that he will reach out to the state government and multi-national oil companies to support the institution’s drive to achieve result.
The erudite scholar used the opportunity to commend President Buhari for finding him worthy to be appointed as the rector of the institution, adding that he could use his wealth of experience to take the polytechnic to the next level.
He recalled that the Federal Polytechnic Ekowe is the first higher institution established in Bayelsa state in 1999 by late president Yar’Adua regime and therefore he would want the institution to take its pride in the next academic session to be equal to the five best federal polytechnics in the country.
This, he said could be an enormous and huge task before him but he found himself to be in the school with the management and staff to work together as they are equally ready to increase the students enrollment to grow.
Also in his remarks, the acting registrar of the institution is of the view that the polytechnic has passed through challenges but he described the new in-coming substantive rector as a young dynamic person whom he believes is capable to succeed based on his pedigree.