Posted by CREEK NEWS WEEKLY Posted on 9:13 AM with No comments 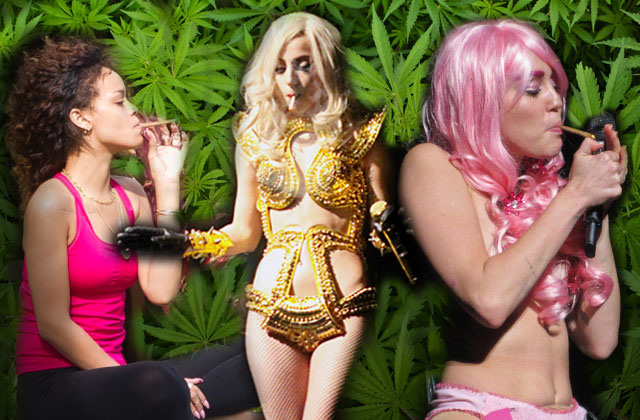 By Noelani Montero
Once totally illegal, marijuana is not longer a taboo topic for these celebs, who didn't Once totally illegal, marijuana is not longer a taboo topic for these celebs, who didn't mind professing their love for pot!
Jennifer Aniston may not seem like the grass-smoking type, but in 2001 she said she's all for it. "It's not even cocaine or shooting heroin. Pot!" she told Rolling Stone. "I mean, I enjoy it once in a while. There's nothing wrong with that. Everything in moderation. I wouldn't call myself a pothead."
In 2007, Kirsten Dunst told Britain's Live that she's a fan! "I drink moderately, I've tried drugs. I do like weed. I have a different outlook on marijuana than America does," she said. "I've never been a major smoker, but I think America's view on weed is ridiculous. I mean – are you kidding me? If everyone smoked weed, the world would be a better place." No word on whether she continued after her 2008 rehab stint.
Cameron Diaz told Lopez Tonight that she smokes weed as well. She also confessed that Snoop Dogg was her dealer in high school! 'He was very tall and skinny and wore lots of ponytails in his hair and I'm pretty sure I got weed from him. I had to have!' she told George Lopez in 2011.
Whoopi Goldberg has never kept her smoking a secret. The award-winning actress even confessed to smoking a "wonderful joint" before winning her best supporting actress Oscar for Ghost, and she just started a line of cannabis-based women's products.
Kristin Stewart admitted to smoking in 2012. In a bombshell interview she told Vanity Fair: "You can Google my name and one of the first things that comes up is images of me sitting on my front porch smoking a pipe with my ex-boyfriend and my dog," she says. "It was taken the day the movie [Twilight] came out. I was no one. I was a kid. I had just turned 18. The next day it was like I was a delinquent slimy idiot, whereas I'm kind of a weirdo, creative Valley Girl who smokes pot."
Sarah Silverman turned heads when she debuted her marijuana vape pen at the 2014 Emmy Awards. While the comedian has always been open about getting high. "I have very few vivid memories because I smoke a lot of pot," she once said.
Courtesy: Star Magazine