Home » ENTERTAINMENT » Fame first, and then the cash follows!

Fame first, and then the cash follows!

Posted by CREEK NEWS WEEKLY Posted on 8:10 AM with No comments 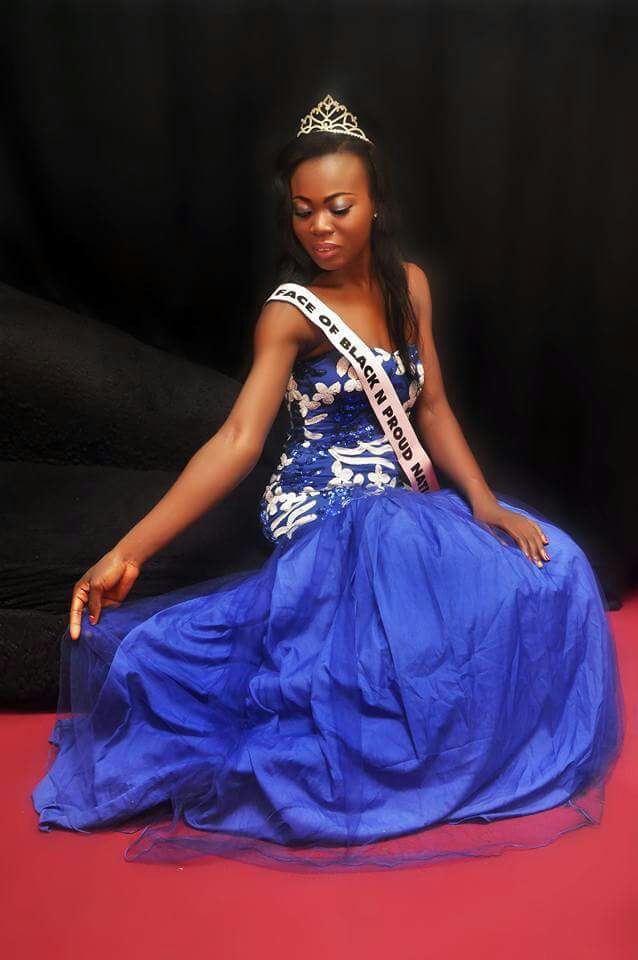 Many ladies nowadays are ambitious to become beauty queens with a view to cart home the handsome and sleek prize that goes with it at the end of the show.
But as for Jacklyn Deinduomo, the 22-year-old Face of Black N Proud Nation Queen 2016, says that it is the fame first and then the cash follows.
She advised ladies to shun the keen interest to get the seamy things done to become a queen and model.
Rather she would want ladies to be intelligent, good looking and smart to be crowned as queen; these are qualities that cannot be ignored while getting to the top of the game.
According to her, she indicated interest to become a beauty queen and model when she was a teenager.
Although she studied mass communication at the Rivers State Polytechnic, Bori and currently at the Delta State Polytechnic, Ozoro, studying Office Technology and Management for her HND, she had never ever deviated to make it to the top of her modeling career.
Miss Jacklyn who hails from Foutorugbene community in Ekeremor Local Government Area of Bayelsa state explained that it all started when she contested for the Miss SALGA 2013 beauty pageant and emerged among the top five.
She did not stop there, she also contested for Miss Cultural Nigeria 2016 and crowned as Black N Proud Nation queen. During the that beauty pageantry, she is also awarded as Cultural Delicacy, saying that she is still interested to pick up form for the next show when the organizers open the portals of the event.
Jacklyn, however, did not give all thanks to organizers of beauty pageantry who rob off  prizes of the queens that emerge as winners and they go home with nothing. Be that as it may, she strongly believes that moving to the top is vital for the best rewards to come later.
Asked whether she’s is ever confronted with sexual harassments by male organizers of beauty contests so far, her response is on the negative, although she used to hear it.
For ladies who still nursing idea to become queens and models, they should be determined, put God first but then the star is not their limit but it just the starting, she snapped.
Meanwhile she commends her parents for supporting career her so far but they also advised her to be focus on her academics as well.
Miss Jacklyn also extended her gratitude, to Mr. Silver Adebanjo, the CEO of Miss Cultural Nigeria/SilverDowed Entertainment, Mr. Ebimo Goodluck the CEO of Black Entertainment/Spotless Queens Modeling Agency for bringing her to the limelight,