DSS: Where is Jones Abiri?

Posted by CREEK NEWS WEEKLY Posted on 8:11 PM with No comments 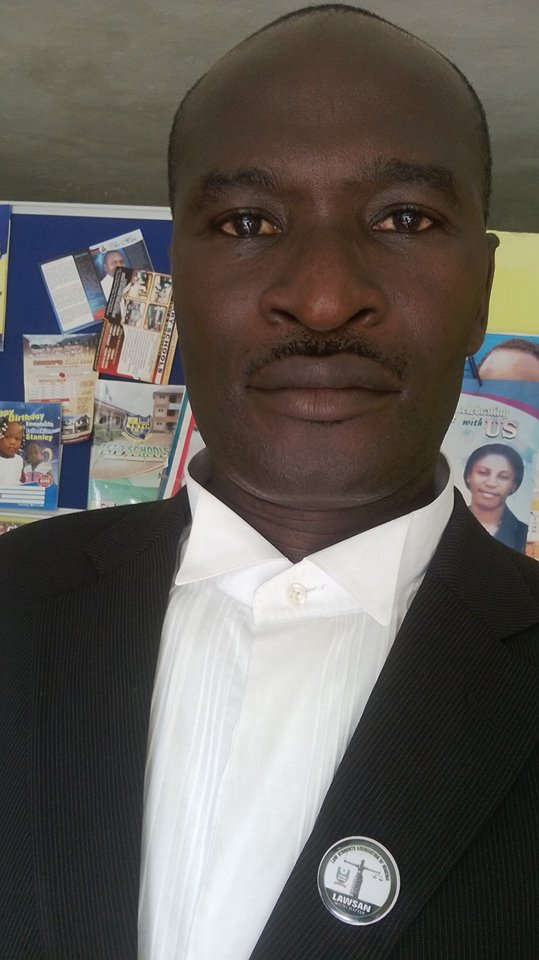 On July 21, 2016, a detachment of operatives from the Department of State Security Services (DSS) swooped on the office of the Yenagoa-based Weekly Source newspaper and whisked away its publisher, Mr. Jones Abiri, handcuffed to an unknown destination. Ever since, none of Abiri’s relations and colleagues neither spoke with him nor hears from him.
It will be recalled that the Gestapo-style adopted by the DSS to effect the arrest of the publisher on that fateful Thursday morning had elicited so much concern from the Bayelsa Federated Newspaper Publishers’ Association (BAFENPA) of which Mr. Abiri is a member, and his immediate family. The DSS operatives involved in the operation disclosed to some of the BAFENPA members on ground as at the time of the arrest that Mr. Abiri was being apprehended for an alleged act of terrorism and mutiny against the Nigerian state.
Mr. Abiri, who hails from Southern Ijaw Local Government Area of Bayelsa state and 400-level law student of the National Open University of Nigeria (NOUN), has been held incommunicado for over six months seven months in solitary confinement. This is in spite of relentless efforts put up by his family and colleagues through his lawyer to secure an administrative bail for him at the court of law.
Doubtless, the allegations leveled against him are quite weighty. However denying him access to his family members, lawyers and colleagues constitute a gross violation of his fundamental human rights, as enshrined in the 1999 Nigerian Constitution. So long as Mr. Abiri has not been tried and convicted, he remains a suspect, and the DSS must respect his inviolable right to speak with members of his family, and particularly, his lawyer. The Abiri family also has right a right to know exactly where their son is being incarcerated. The DSS should as a matter of fact realize that Nigeria is not under military rule but in a democracy where the Rule of Law has to be held sacrosanct under all circumstances.
It is quite repulsive that up till now, the DSS has not arraigned Mr. Abiri in a court of competent jurisdiction to hear the matter. It had maintained that Mr. Abiri would be taken to court when investigations were concluded.
The pertinent questions then are: For just how long will the DSS continue to keep Mr. Abiri under restrictive confinement under the guise od carrying out their seemingly endless investigations? For just how long will Abiri be denied access to their son?
Our take is that the DSS has not been fair to Mr. Abiri because the Rule of Law presupposes that a suspect is deemed neither guilty nor innocent in the eyes of law until proven in court. We therefore join the Mr. Abiri’s family, the BAFENPA and all concerned persons to call on the DSS to do that which is needful – arraign him in court without further ado or release him on bail. In fact, if there is no substantive evidence against him from their investigations, he should be released unconditionally in the interest of justice, fairness and the Rule of Law.