Posted by CREEK NEWS WEEKLY Posted on 10:55 AM with No comments 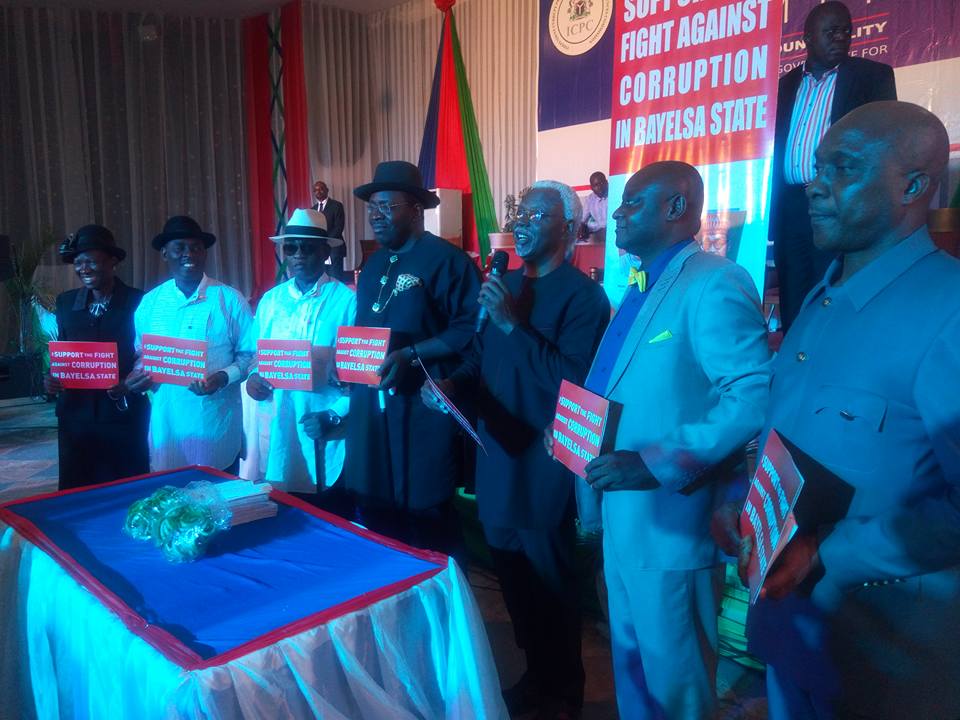 By Jide Dominic February 23, 2017
The Independent Corrupt Practices and other related offences Commission (ICPC) has taken the war against corruption campaign to Bayelsa state where the commission tagged it, ‘Transparency and Accountability, a Panacea to Good Governance and Sustainable Development”.
Speaking at the summit in Yenagoa, the chairman of ICPC, Barrister Ekpo Nta, stated that corruption is an abuse of office for private gains, stressing that every stakeholder at all levels should join hands with the commission to win the war against corrupt practices in the state.
Bar. Nta further opined that with the introduction of electronic gadgets particularly BVN, the fight against corruption across the country can be drastically reduced to the barest minimum.
The ICPC boss also cited an example of what is already happening in courts of competent jurisdiction across the country where there is court recording machines to speed up both criminals and civil matters.
He also decried the corruption that happened during the construction of the East/West Road and personal funds across the country, maintaining that if people continue to succeed in corrupt practices it invariably mean that all the anti-corruption agencies in the country are not living up to expectation including ICPC.
While unveiling the anti-corruption campaign, the state governor Hon. Henry Seriake Dickson charged all leaders across the state to go back to their respective communities and mobilize their subjects to fight against corruption, adding that the state is delighted to partner with ICPC to nip corruption in the bud.
In his remarks, the Chief Whip of Bayelsa state House of Assembly, Hon. Tonye Isenah stated that corruption is striving in the country mainly because of weak institutions, stressing that the war on corruption should be holistic as it is deeply rooted.
The Speaker of Bayelsa state House of Assembly, Rt. Hon. Konbowei Benson posited that there is an existing law on transparency and accountability which is why there is periodic transparency briefing on the income and expenditure of the state.
The Chief Judge of the state, Kate Abiri also lend her voice to the anti-corruption campaign by calling on all relevant institutions, individuals and corporate bodies to respect the rule of law, basing her argument on the fact that the strong institutions and the rule of law to fight against corruption can be won.