Posted by CREEK NEWS WEEKLY Posted on 1:27 AM with No comments 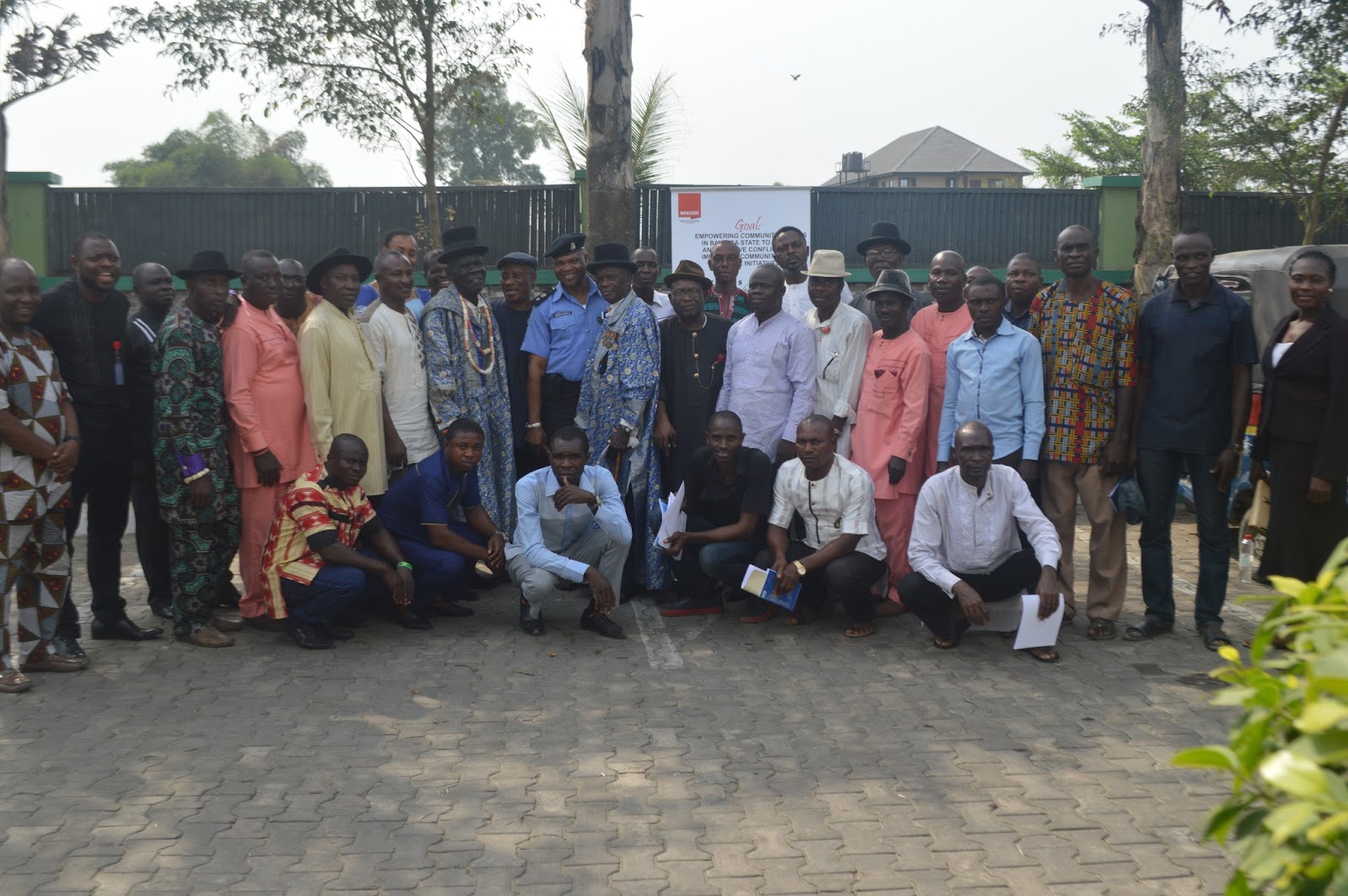 A new protocol for conflict resolution in local communities has been identified.
It is called Early Warning Early Response (EWER) and it has been adopted by stakeholders from Ogbia and Yenagoa local government areas in Bayelsa state.
This approach, if fully complied by various leaders, groups and security personnel could stem and avert the escalation of crises that used to rock communities nowadays.
In a communiqué issued at the end of a round table discussions by stakeholders from the two local government areas, which was organized by an NGO, Stakeholder Democracy Network held at the Martho Crystal Hotel, Yenagoa, the participants urged local government chairmen to amend community bylaws that would bring this new 12 point article protocol to succeed.
Not only that, there is need for the state government to take seriously issues of peace education and encouraging the establishment of departments of peace education in institutions of higher learning in the state as a means of building their capacities on conflict management.
According to the communiqué, the operating guideline of EWER is to receive and share information concerning potentially violent conflicts as well as their outbreak and escalation in the local government council communities, undertake and share analysis of that information.
To run this Conflict Early Warning, Early Response without hitch, local government could source for funds to perform its duty as it’s related to their performance and functions.
Earlier, Dr. Tari Dadiowei while presenting the EWER protocol stated that it has become imperative for security to be improved in communities because there is no development without peace.
According to him, conflicts are now rampant following the rise of unemployment and other anti-social vices by people in the communities but a quick consultation and reporting it back to the authorities by leaders in such communities could go a long way to stop the escalation of insecurity.
He said there no absolute peace in the world but the EWER protocol where various stakeholders were trained and adopted is a good consensus to resolve conflicts in their communities, adding that development did not start from groups but by individual concerted efforts to gather, verify process and analyze information to avert it.
The participants of the round table discussion on the EWER protocol were drawn from several communities about 17 in each LGA including security agencies from the State Department of State Services, the Nigerian Police from Ogbia town and Kolo divisions and the NSCDC from the Ogbia and Yenagoa LGAs