Posted by CREEK NEWS WEEKLY Posted on 9:42 AM with No comments 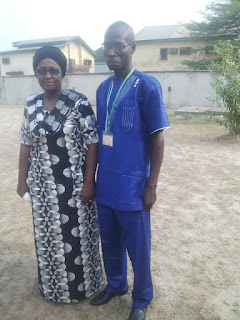 The National Population Commission has commenced field work on the third phase of Enumeration Area Demarcation (EAD) in Nembe Local Government Area of Bayelsa state preparatory to the 2018 population and housing census in the state.
The Federal Commissioner, National Population Commission, Mrs. Gloria Izonfou stated this during a press briefing in Yenagoa, stressing that in the post census period, products of EAD are required for effective dissemination of the census data particularly at the small area level.
Mrs. Izonfou further stated that the EAD is the vehicle that drives the entire census process in the pre-census, actual enumeration and post census period.
She also disclosed that it is in recognition of this fact that the commission has adopted a meticulous and gradual approach to the 2018 census EAD that allows for practical experimentation of the methodology and necessary adjustment in implementation and flexibility
The commissioner maintained that the commission had previously demarcated 37 local government area in all the 36 states of the federation, adding that a 50 person demarcation team has been recruited and trained for 13th to 19th February, 2017 for this phase of the exercise in Bayelsa state
To ensure that the exercise is hitch-free, she also stated that the commission is deploying a sophisticated technology in carrying out the EAD, disclosing that the methodology for the census is designed to achieve full Geographic Information System compliance
She also assures that adequate logistics have been put in place for effective deployment of personnel and materials during the EAD exercise, soliciting for the assistance of local government council chairmen and traditional institutions in the provision of accommodation for the field staff