Posted by CREEK NEWS WEEKLY Posted on 5:28 AM with No comments 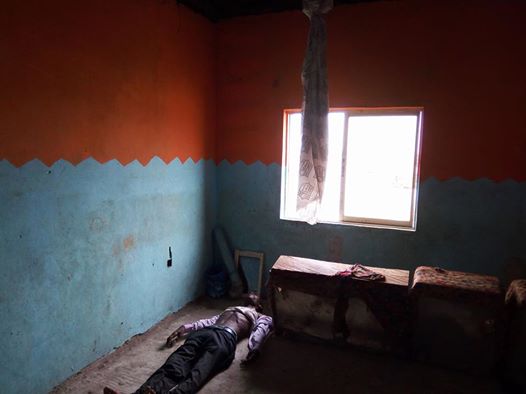 A former councilor in Ekeremor Local Government Area of Bayelsa state, Mr. Gbeinbite Kitchen, aged 40, from Peretoru community has committed suicide by hanging himself to death at Imgbi Road, Yenagoa City in the early hours on Thursday morning.
It is learnt that the man has six children - four boys’ two girls.
Nobody knows why he hanged himself, but sources close to him however said that his wife left home and she never returned till the following morning.
Troubled, he went to knock his neighbor's door to find out her whereabouts but it is no avail.
Thereafter he went back to his parlor to smoke a stick of cigarette before he hangs himself.
Sources say when his wife was asked where she went, she explained that she had gone out to buy kerosene but on her way back home, the police intercepted her thus she never returned throughout the night.
Efforts to contact the police in Yenagoa proved abortive as at the time of the report.