Posted by CREEK NEWS WEEKLY Posted on 5:09 AM with 1 comment 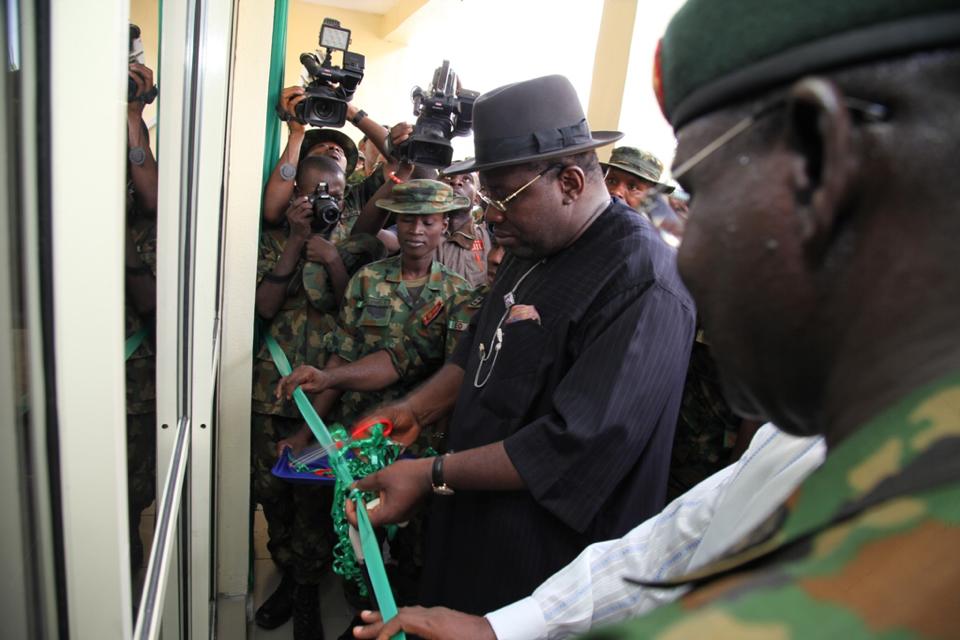 As part of efforts by the Federal Government of Nigeria to tackle the issue of insecurity in the Niger Delta region, the Army yesterday has flagged off the 16th Brigade in Yenagoa, Bayelsa state.
Speaking, the Chief of Army Staff, General TY Burutai stated that the operationalization of the Nigeria Army 16th brigade has been on the drawing board before President Mohammadu Buhari finally approved its commencement through the Nigeria Army Council, adding that the establishment of the brigade is a calculated attempt to protect critical national assets in the Niger Delta.
General Burutai further state that events in the last one year clearly showed the re-insurgence of militancy in the Niger Delta which has adversely affected the total output of oil production with its attendant negative effect on the nation’s foreign exchange.
According to him, the presence of the 16th brigade in Bayelsa state will go a long way in arresting the nefarious activities of oil bunkering, theft, brazing attack on oil installations and facilities.
He also opined that this can only be achieved through the maximum partnership with stakeholders in the state, particularly communities in the Niger Delta region.
While commending the state government for giving the brigade land for the construction of its permanent site, the army chief promised that the brigade will put in place its best to justify the new establishment in the state to fish out criminality across the state.
Also speaking, the Commandant of the16th Brigade, Brig. Gen Kelvin Aligbe underscored the importance of arresting all the security challenges, especially the re-awakening of militancy in the Niger Delta, stressing that the establishment of the 16th Brigade is a catalyst against all forms of criminality in the Niger Delta.
Brig. Gen Aligbe stated that the brigade has within the short period of existence, trained 66 soldiers for modern artistic defense in Calabar, Cross River State, 34 soldiers  for firefighting techniques and 2 female soldiers for intricacies involved in supply and exchange system in defense.
In his remarks, Governor Henry Seriake Dickson urged the commandant of the brigade to live up to expectation by cooperating with the office of Chief of Army Staff in order to realize its objectives.
He however, commended President Buhari for approving the establishment of a full battalion of soldiers in Bayelsa state, pledging a robust partnership and support from the state government for the overall mandate of addressing the insecurity challenges in the Niger Delta region.
The first Military Administrator of Old Rivers state, King Alfred Diette-Spiff remarked that there is need for the propagation for divers for amphibious activities, urging the brigade to put mechanism in order to realize its dream.
He assured the brigade the full co-operation of all traditional rulers and their subjects across the state to enable them carry out their constitutional responsibilities.