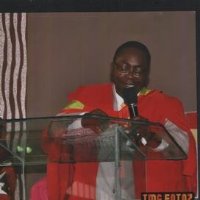 It appears that the Provost of Jasper Adaka Boro College of Education, Sagbama, Prof. Saviour Agoro is running the school as his personal empire.
The Registrar of the school, Dr, Akpoebi Adesi dropped this hint while exchanging views with newsmen in Yenagoa of the latest developments of the school.
He described the provost as a visionless leader of school, adding that he also use nepotism as a tool to run the institution down.
To him, Prof. Agoro is running the school as his personal empire, disregarding procedures that lay down by the Council of Colleges of Education in the country.
For instance, he opined that professor Agoro terrorized the institution with policemen with the intention to intimidate management staff and pay them with the institution’s funds at will.
According to the registrar, the provost made accelerated appointment to his brother who ordinarily would not have been appointed in less than four years particularly the bursar of the institution without professional qualification.
He accused the provost of conniving with the bursar to ensure that the registrar’s salary is less that the bursar, adding that he also relieved the Liberian of the institution with no just cause and replaced her with a diploma holder.
Dr. Adesi noted that the tenure of the provost has expired since August 2016 but he still seat tight stressing that he suppose to be replaced by August 15, 2016.
He said that the malpractices by the provost are so high that he’s not fit to manage the affairs of the institution.
Asked whether he made any attempt to reach out to the governor of the state and the education commissioner, he said he could not do that because of the provost’s nepotism attitude.
Whether other management staff is in support to fight the battle against the provost, he said the union supposes to fight for their welfare but they remain docile.
When contacted, the Provost of the institution. Prof. Agoro said that he’s not making comments on the allegations leveled against by the registrar, adding that when the governor is back, he will formerly make public his own side of the story to the press.