Posted by CREEK NEWS WEEKLY Posted on 9:57 PM with 1 comment 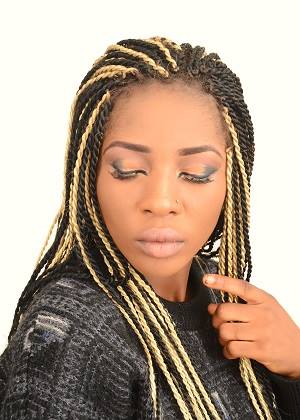 Anambra state girl but based in Lagos, Love Ikwunne has a big dream. She wants to be a secret detective in her life. If that is not worked out, she can opt out for an astrologist or presenter.
The 21-year-old city girl who spoke to creeknewsweekly.com online stated that she has the knack to ferret out the secrecy of people without anyone knowing it or an astrologist going around the stars.
Reason being that she watches Korean movies such as the “city hunter" featuring actor Lee Minhoo and other American movies like Lucifer.
According to her, she has watched a lot of movies and sees the way they handle cases presented to them. She indeed wants to be a police detective.
To her, detectives aren't doing anything infact they don't dig or investigate anything about government. They don't see that part as their work rather they face the citizens who they can molest easily. They don't do anything when it comes to politicians because that's where they feed their lives. Yeah detective job is stressful but fun is also there when you know what you are doing and what will come out from it. Success gives joy.
Asked what is to be a detective, Love said that she just to make a different by standing firm for justice unlike others.
She has also created a page she called "model attitude" to show the world what she loves doing. Taking pictures to express her mood. For her ideal man, she can’t say she have one.
She like dancing, crawling on internet watching movies in her spare time.