Boroh to flag off Amnesty training programme in Yenagoa 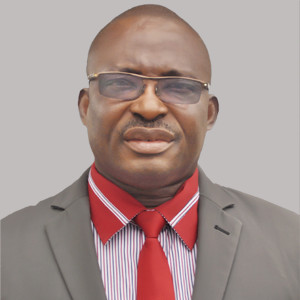 By Austine Bodo/Eric Eweke in Yenagoa May 16, 2017
The Special Adviser to the President on Niger Delta and Coordinator of the Presidential Amnesty Programme, Brig.Gen. P.T. Boroh (rtd), is billed to flag-off an amnesty training programme of 100 delegates on Friday May 19 at the International Institute of Tourism and Hospitality in Yenagoa, Bayelsa state.
The training programme is aimed at inculcating various vocational skills to the trainees in the tourism and hospitality business by the institute.
The Rector of the institute, Mr. Sam Timi Johnson dropped this hint while interacting with senior journalists in his office in Yenagoa on Wednesday.
He told the senior journalists that, the amnesty office has signed a Memorandum of Understanding (MOU) with the institute to train delegate on entrepreneurial skills for self-reliance that the first batch of 100 delegates has just been admitted into the institute with a period of three weeks of training.
According to him, about 35 students have graduated from the institute with different skills in the areas of catering, cake baking, craft bags, fashion design, among others in the past.
He noted that the school is committed to the development of the tourism and hospitality sector of the economy and therefore advised prospective delegates to key into the opportunities offered by the institute.
The Rector also disclosed that the institute is still going through the process of accreditation of its programmes from the National Board for Technical Education (NBTC) and other regulatory professional bodies for the authenticity of the certificates issued by the institute.
He also disclosed that the institute has just received a memo from Government House to train 34 staff in different area of skill acquisition, adding that the enormous gains and the imperative growth of the institute cannot be overemphasized.
He was of the view that with the laudable objectives of the institute in terms of vocational training and manpower development, he’s still facing some challenges such as funding which he hopes will soon be tackled by the state government adding that the e-library and analogue is yet to be set up by the institute, which of course will cost over N160m, he noted.
The Rector said that the graduates after their training will be equipped with entrepreneurial skills that would stand them out in their future endeavors.
Meanwhile, the institute is expected to train 1,000 delegates from the Amnesty Programme by the Federal Government.