Posted by CREEK NEWS WEEKLY Posted on 4:03 AM with No comments 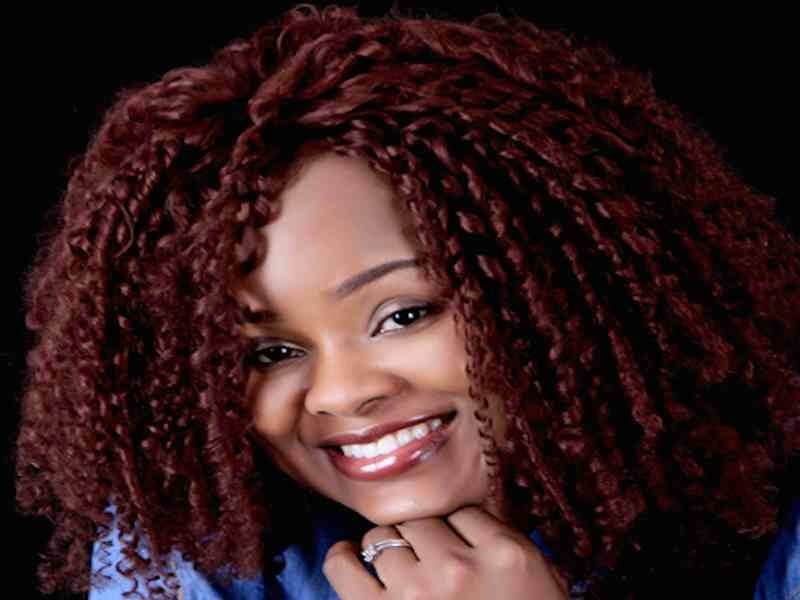 By Eric Eweke, May 15, 2017
Her childhood dream of cutting a niche for herself is gradually taking shape and form. But for her, she has put her creative gift into regular practice through personal discovery to beautify not only her environment, but as well as maximizing her natural talent to bring a high sense of fulfillment to herself and others.
The exhibition which was her first outing and icing on the cake saw Marvis Marshal Idio paraded 15 artistic furniture pieces, which runs from April 22,2017,at the Genesis Sky Bar, GRA, Port Harcourt, Rivers State.
She is fascinated by the trashes and other disused materials around her immediate environment. However her medium of expression is the disused and discarded tyre tubes, ropes and canes which she build up as upholsteries and tables that adore spaces at home and offices.
Thinking back, Marvis said are dream from early stage of becoming something different and engagement with our environment is the product of what we are harvesting today, stressing that her inner quest for creativity has brought her also to this point.
She told Dispatch Arts Review that, she is been propelled by the insatiable desire for foreign good which has impacted on the Nigerian public by gradually losing our identity and taken on imported ones.
In her works, she consciously built the upholstery and tables aesthetically oriented to deliberately show of the beauty; colour of production to entice the economy of desire is her objective.
The show is a romance with trashes and other ingredients of compositional design motifs is what is been celebrated in this her first outing. But importantly she has just started a career that is creatively effusive and adventurous in vision and concept.
Her encounter with the Next Titan Season 3 competition which she emerged the winner was the starting point in turning her dreams into reality.
Works of on display include “Easy Set 1” (made from tyre tubes matting on metal frame works), 1 Seater”, “The Chimney Seat”, “Mushroom Seat”, “Half Ottoman”, “Rest Easy”, “Ottoman Low Leg”, “Iso Tower”.
Others are “Gold Heart”, “Dark Heart”, and “Puzzle Seat”.
Her works lead the advocacy for the protection of the environment with nature and her irresistible impulse to the essence of life and the environment is being attained.