Home » BUSINESS NEW » Investors are found within, not outside – Komonibo

Investors are found within, not outside – Komonibo 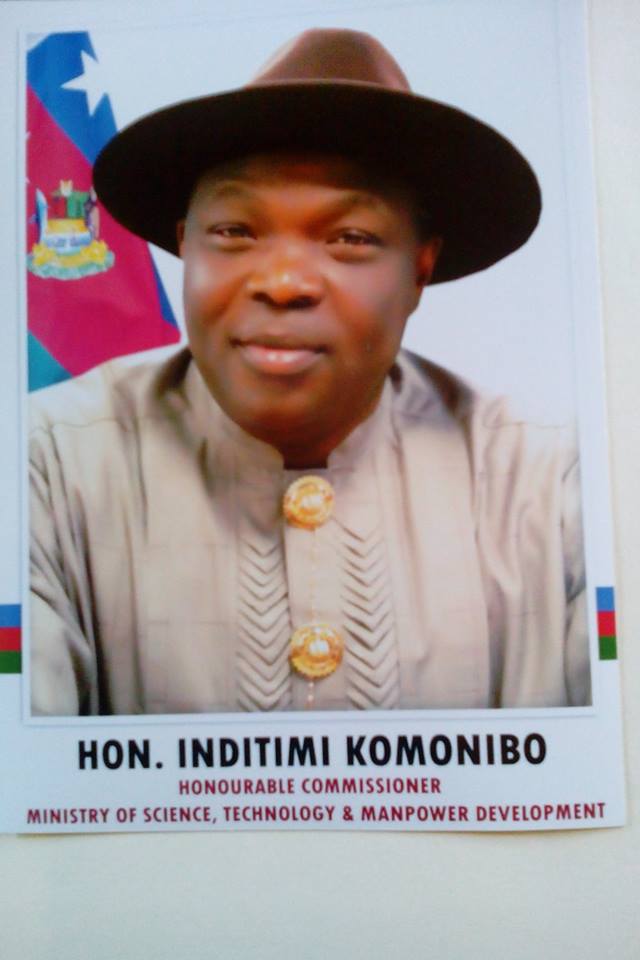 By Dreadlocks Rasta Journalist in Yenagoa, June 26, 2017
Sourcing investors from outside the shores of Bayelsa isn’t the in thing to develop the local economy but it is rather using the established entrepreneurs within the state to develop.
The President of Yenagoa Chambers of Commerce and Industry, Mines and Agriculture (YCCIMA), Hon, Undutimi Komonibo made this assertion just before the chambers shun out awards for excellence to deserving  businessmen and entrepreneurs in Bayelsa state over the weekend in Yenagoa.
To him, politicians and various governments over the years have failed the sense of direction to develop their states’ economically as they always toed the goal negatively.
According him, no economic development takes place without, first all, creating the conducive and enabling atmosphere with responsibility by government for the indigenous entrepreneurs to take off but luring investors from abroad is not the solution to industrial growth.
He further stressed that no government should be imperative about investors coming from outside to start business, rather than investors that would come willingly on their own to choose their area of interest to invest.
This happens, he noted, when the government would has supported the indigenous investors to operate and blossom.
He is of view that successive governments have come and gone with the empty promise to lay solid economic policy and programmes but it is no avail, adding that they should have a change of heart.
He supported the idea that businessmen should seek for partnership as no sole man makes business to strive nowadays but together, the sky is the limit.
However, some awards of excellence goes to Market Square as the Most Outstanding Indigenous Retail Business; Next2Next as the Most Pronounced Innovative Product Company of 2016; Lamour Food Industries Limited; Brass Fertilizer Company Ltd and Most Impactful Loan Scheme to Central Bank of Nigeria.
Others include the Small and Medium Scale Enterprise Personality which goes to Ebiekure Jasper Eradiri and Most Prolific Oil and Gas Marine Services goes Riverman Group of Companies and others too numerous to mention.
In an interview with newsmen, Small and Medium Scale Enterprise Personality, Mr. Ebiekure Eradiri stated that it is interesting to know that people recognized his contribution to society to give him the award for excellence, adding that he is dedicated the award to the Bayelsa state government for giving him a chance to perform to the best of his ability..