Posted by CREEK NEWS WEEKLY Posted on 8:47 PM with No comments 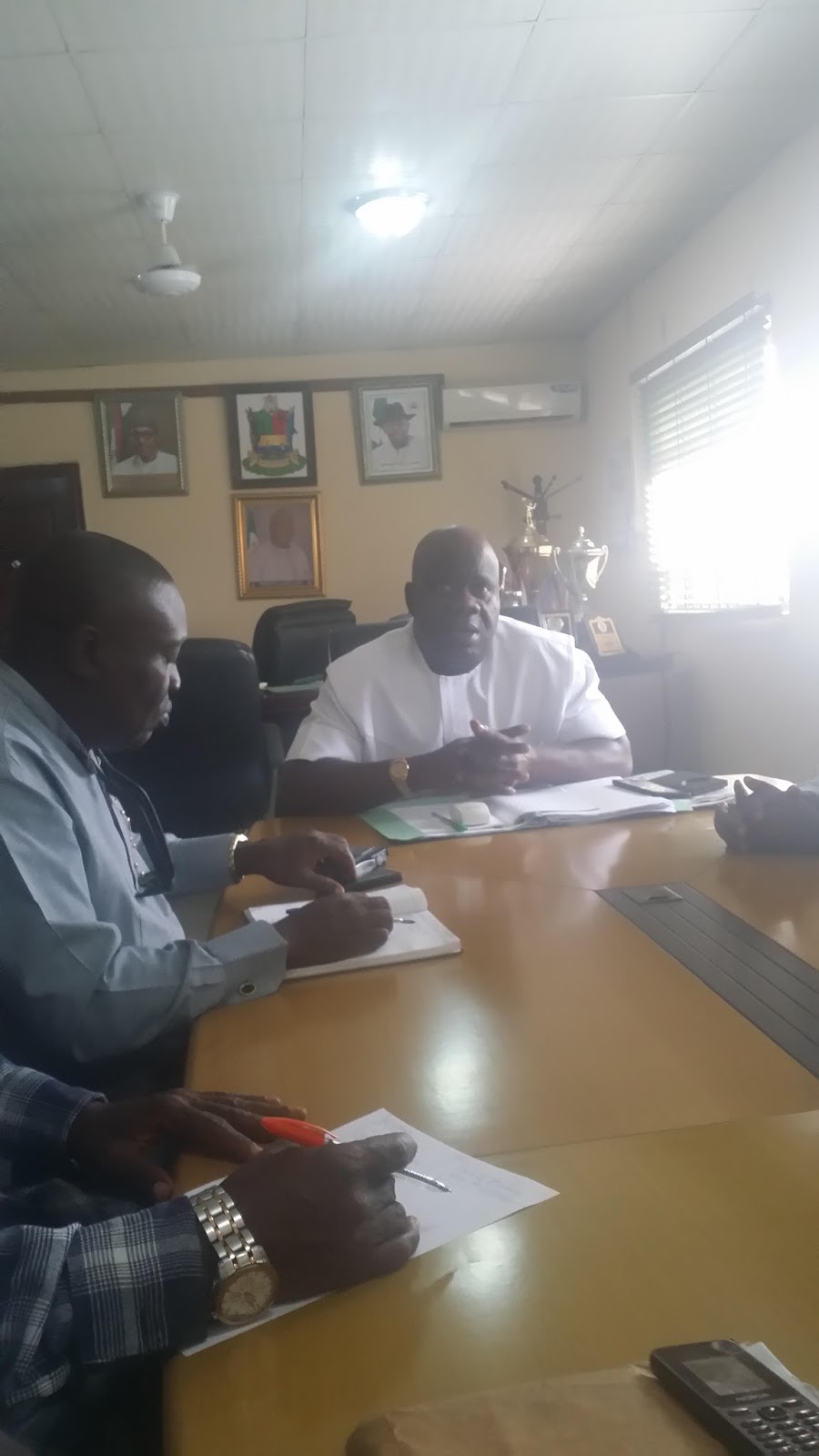 By Austine Bodo
Bayelas state commissioner of Sports and Youth Development, Hon. Buruboyefa Boloekiye has debunked allegations that the Asoama Sports Academy is grassy.
Hon. Boloekiye debunked this allegation while exchanging views with senior journalists in his office in Yenagoa, Bayelsa state.
He explained that there are two sections at the Asoama Sports Academy, adding that the inbuilt area is ready for use as preparations are on top gear to admit prospective students.
To this end, government has recently appointed two directors to kick-start academic activities at the school in September 2017.
According to him, this showed that Governor Dickson’s restoration government is seriously addressing sports development of the state.
Hon. Boloekiye disclosed that facilities such as the sick bay, classrooms, hostels with bed and beddings and ICT equipment is being provided for the students to use.
In no long distance, he assured Bayelsans that the state Ministry of Works and Infrastructure in conjunction with the Bayelsa Power Company will connect the school with electricity soon.
The second section of the school which is made up of multi-purpose hall, swimming pool, gallery is under construction but work done by the contractors is not commensurate with the money paid to them.
He asked government to revoke the contract and further advised that the job should be done by direct labour as this would fasten the completion of the project.
On the issue of Nigeria Football Federation (NFF) decision to host the female federation cup in Bayelsa state, the commissioner stated that the Ministry of Sports has nothing against its decision but what he felt was that the NFF may have officially communicated to the ministry of its decision but not to condemned his view on the issue in the pages of newspaper and the social media, adding that the sports ministry is interested in ensuring that the Sampson Siasia sports field is completed to host the national soccer competition.
He added that government is paying the variations by the contractor and hoped that the October deadline of completion is achieved.