Epie festival goes on with lectures

Posted by CREEK NEWS WEEKLY Posted on 8:30 AM with No comments 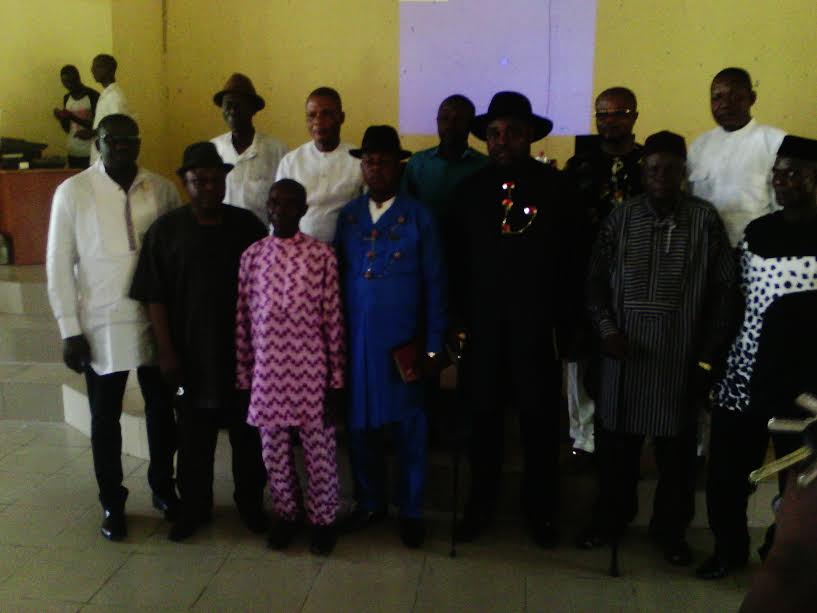 By Domotimi Daniel in Yenagoa, July 3, 2017
The people of Epie kingdom in Yenagoa Local Governmet Area of Bayelsa state have maintained its festival tempo with lectures.
The theme of the lecture titled “Micro Finance A Panacea for Development” was held at the Biogbolo Community Hall.
The chairman of the organizing committee Hon. Wisdom Osain who is also a commissioner at the state Local Government Service Commission stated that micro economic development is the basis for development in Epie kingdom and advised them on how they can access the existing Small and Medium Scale Enterprises (SME’s) loans meant to ameliorate the suffering of the people.
To him the lecture series tell the happiness of the 17 autonomous communities of Epie kingdom as the series would make great impact on the society.
In his remarks, the secretary of the organization, Dr. Bokolo Bonsome said that the lecture series is to gather and re-appraise as a people to create opportunity, talk about the importance of language, land use, micro business and development of the people.
Dr. Bonsome said over the years, the people of Epie kingdom have looked at festivals from the angle of singing and dancing but rather they should re-channel their perception of enhancing their lives through lectures.
Furthermore, the Public Relation Officer of Epie kingdom, Mr. Albert Wisdom said that the festival is to reflect on the 1958 incident of Epie women joining the women from Eastern region who protested against tax increments that was imposed on the people at that time.
Mr. Wisdom said the lecture series is to diversify the economy of the people considering the fact that their lands have been taken over by the government of the day.
On her part, Mrs. Cecilia Ezueye is of the view that the interest of business should be developed even before going to establish, if one must succeed in becoming a pacesetter.