Posted by CREEK NEWS WEEKLY Posted on 4:40 AM with No comments 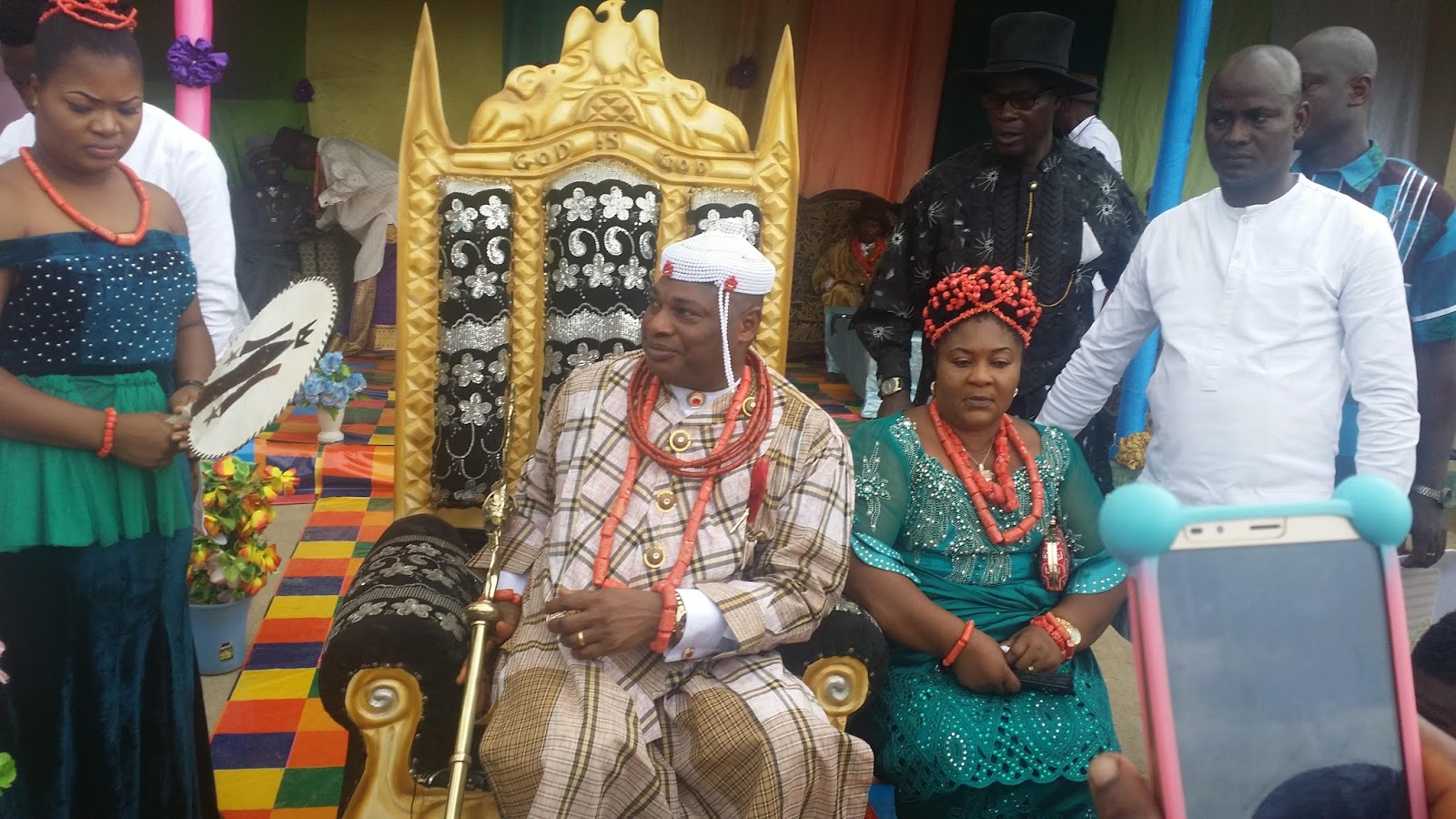 Dr Famous Sayeregha Eseduwo has been coronated as the new Paramount Ruler 1 of Angalabiri Federated community in Sagbama Local Government Area of Bayelsa state.
The coronation ceremony which was witnessed by a tumultuous crowd at the community playground featured cultural displays such as wrestling bouts and masquerades’.
Speaking at the occasion, the Governor of Bayelsa state who was represented the secretary to the state government, Chief (Barr.) Serena Dokubo Spiff commended the Angalabiri community for supporting Dickson during the 2015/16 general elections.
He charged the new king to do the needful according to the state Chieftaincy law of 2006 as a third class chief.
He also stressed the need to work towards the interest of the state government by maintaining law and order that would ushered in peace, unity and harmony to the community, adding that all traditional activities should conform with due process.
The state government, however, donated of N1million to the Angalabiri Federated community after the presentation of Staff of Office to the new paramount ruler, HRH Dr. Eseduwo.
In his remarks, the chairman of the planning committee of the coronation ceremony, Chief Clifford Apina is of the view that the new paramount ruler HRH Dr. Eseduwo has the ability to run the traditional affairs of the community as an erudite, well-exposed, well-positioned political personality.
In an interview with newsmen, the new paramount ruler HRH Dr. Eseduwo sees his coronation as a call to duty by his subjects, adding that he would rule them to bring about the glory of God in spite of any challenge that may come ahead to deliver the goods for the people as regards to the peace and unity of the community.
Asked about the position of traditional rulers in the state staying outside their domain to rule their subjects, he stated that the world has become a global village and therefore traditional rulers can rule its people anywhere as long as a good community development committee and chiefs council is put in place in the community.