Posted by CREEK NEWS WEEKLY Posted on 9:02 PM with No comments 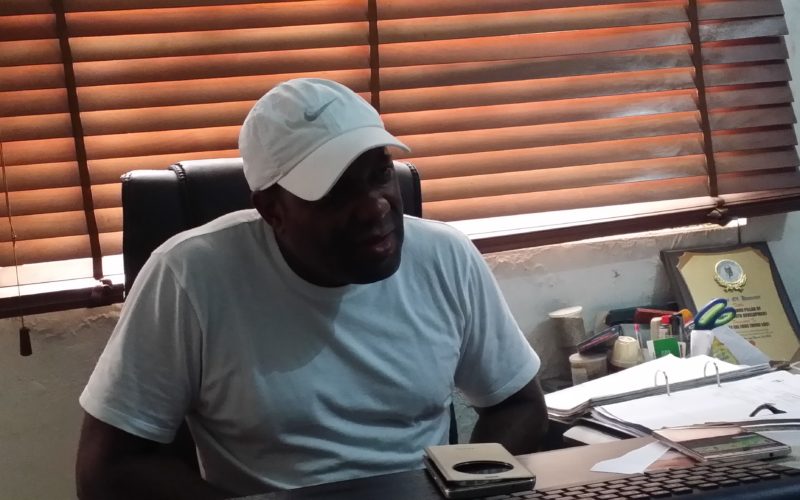 The contractor handling the Sampson Siasia sports complex football turf has assured Bayelsans  and the state government that the field would be put into use on October 2017.
Mr. Ebi Egbe, Chairman/Chief Executive Officer (CEO) of Monimecelle Sports Development Company dropped this hint while chatting with newsmen in his office in Yenagoa, the Bayelsa state capital.
According to him the deadline in completion of the job was as a result of the variation occasioned by the rise of the foreign exchange in the international market which made the import components to be delayed.
He however said further that Advanced Payment (APG) is also affecting the job because of the delay by the United Bank for Africa Plc (UBA) to release the document to his firm to enable the company to access the final payment.
“All drainages, sub-based have been completed, we are only waiting for the import based components of the job, immediately the  consignments arriving, we shall lay the turf, but that has to be the tract we have finally finish the tract six lane tracts.
“ We don’t want to deliver on the job if we have not finish the six lane tracks because if we don’t do that the turf we‘ll be destroyed and our job will become useless.
“Give or take I assure you that the governor will commission that stadium pitches in the world but October, you can see that our work plan indicates that we will not fail on our mandate’.
Mr. Egbe admonished Bayelsans to shun all forms of blackmail because “ it will take us nowhere”, adding that he has offered to provide a basketball and volleyball courts to the state free of charge as part of his contribution to development of the state.
Mr. Moni Love as he is popularly called was full of praises for the governor Dickson’s restoration government for the establishment of the fusion sports academy at Asoama in the Kolokuma/Opokuma Local Governmet Area, adding that when completed it would be one of the legacy projects of the governor, while calling on those in charge to ensure that the vision of the governor is actualize.
On the recent approval by Nigeria Football Federation on the hosting of the finals of the Women Federation Cup, Mr. Egbe expressed optimism that this state will be a good hoist because the development would open doors for the state to host more competition in the future, stressing that the socio-economic benefits of hoisting such tournament cannot be overstressed.