Posted by CREEK NEWS WEEKLY Posted on 8:53 AM with No comments 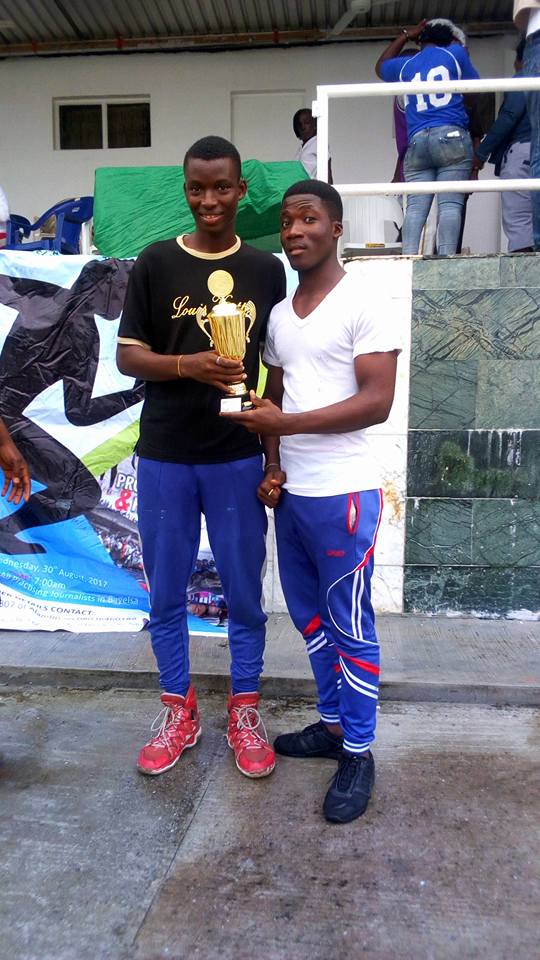 By Dreadlocks Rasta Journalist, August 30 2017
A 20-year-old boy Mr. Richard Odiri Ese has won the maiden edition of Bayelsa state Sports Writers Association of Nigeria (SWAN) 6-kilometer road race in Yenagoa, Bayelsa state capital.
Mr. Ese is the son of a media aide attached to the state Ministry of Information and Orientation, Mr. Samuel Ese.
He beats more than 150 journalists and non journalists who participated in the event to clinch the first position in the male category.
The 6-kilometer road race kicked off from the INEC road junction along the Melford Okilo road to Samson Siasia Sports Complex, Yenagoa.
Speaking at the end of the race, the state commissioner for sports development Chief Buruboyefa Perekeye expressed his determination to ensure that sports are developed in Bayelsa state.
He commended the cordial relationship existing between his ministry and SWAN, adding that he welcome constructive criticisms from sports writers in the state.
The commissioner also said that his doors are open for advice and ready to work with other well meaningful sports stakeholders to develop sports in Bayelsa.
Also speaking, the National President of SWAN, Honour Sirawoo commended government, NUJ, SWAN, NAWOJ and security agencies for their collaborative efforts to ensure the success of the event.
The state chairman of SWAN, Mr. Datonye Alambo in his remarks stated that the event is going to be annually and expressed the hope that a similar event would be organized for secondary schools in the state.
Mr. Sirawoo said in order to immortalize the former vice president of SWAN South-south late Clinton Thompson the association has donated a giant trophy in his honor to sustain his legacies, describing him as a great mentor.
The winner of the men category, Mr. Ese went home with a cash prize of N15,000 as the winner of the race, the second position goes to Mr. Peres Walson of NDTV with a cash prize of N10,000 while  Mr. Zyno Okoye Ozegbe who came third went home with N5,000.
In the female category, Mrs. Winifred Egiri of NDTV who came first went home with N15,000 with a trophy, the second place went to Ms Onisofien of AIT with a cash of prize of N15,000 while. Mr. Layefa Eselemo of NTA went home with a cash prize of N5,000.