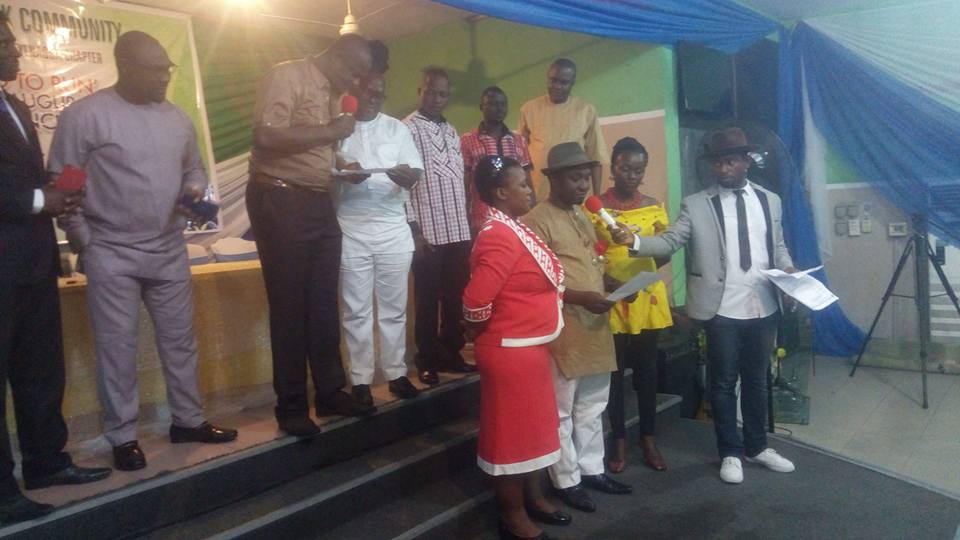 The Bayelsa State Facebook Community has inaugurated its executive body in Yenagoa, Bayelsa state capital by the Bayelsa state chairman of the Civil Liberty Organization (CLO) Comrade Chief Nengi James.
The executive council comprises of the Governor, Deputy Governor, commissioners, Special Advisers, House of Assembly members, Judiciary Council Members and LGA chairmen to pilot the affairs of the community for the next four years.

Speaking, Comrade Chief said that he envisages a fight back posture, like corruption is fighting back by corrupt politicians, which may begin to throw money to the leadership of the facebook community, urging all members to be steadfast in all they do as the challenge starts now.

Chief James acknowledged what BFC youth believes, saying it is time for young people to get involved in today’s Nigeria leadership if the country must be a better place.
Addressing newsmen shortly after the inauguration, the BFC Governor, Chief Esueya Adulphus said the inauguration is to kick start “Not Too Young To Run" campaign following the resolution by the National Assembly urging youths to run for all elective positions in the country.

Facebook Governor Esueya said by January 2018, the Community will embark on a massive community to community awareness campaign across the length and breathe of Bayelsa state which will be centered on youths and women participation to contest for power and not just in voting for others to get into power.

The guest speaker of the occasion, Dr. Michael Collins Ovuson-Ovu in his paper presentation said disarticulated economy of consumption calculus as structured during the colonial and post colonial era remain the problem of Nigeria and called on youths to also engage in ownership of private ventures that will boost production and not just political involvement alone.

Dr. Ovuson-Ovu said BFC should look at how to influence the economy out of petro-dollar to productivity through industrialization and agriculture.

The chairman Nigeria Union of Journalist, Bayelsa State chapter, Comr. John Angese who spoke on the topic "Harvesting The Social Media To Effect Positive Change in Society" said members of the BFC must act in acceptable manners as catalysts for change and the practice of social media must be in conformity with extent laws of the land with the intend to uphold morality in the society, similarly with the ethics of journalism practice.

The Chief whip of the Bayelsa state House of Assembly (conventional) Hon. Tonye Isenah in a surprise visit to the occasion took to the podium and said as youths of positive change should be the focus of the BFC that is clamoring for the involvement of youths to contest into positions of trust.

Hon. Isenah lamented at situations whereby a youth will indicate interest through the social media to contest for an elective position and it will be a fellow youth that will respond to him as not having experience to fit in, noting that experience comes first by holding leadership position.

Special Adviser Media to the BFC Governor, Mr. Danielucky Domotimi said the idea behind face book community is to galvanize today’s youths for leadership through the social media platform governance that is structured like the conventional way of governance for political participation in contesting for positions of trust.