Posted by CREEK NEWS WEEKLY Posted on 5:16 AM with No comments 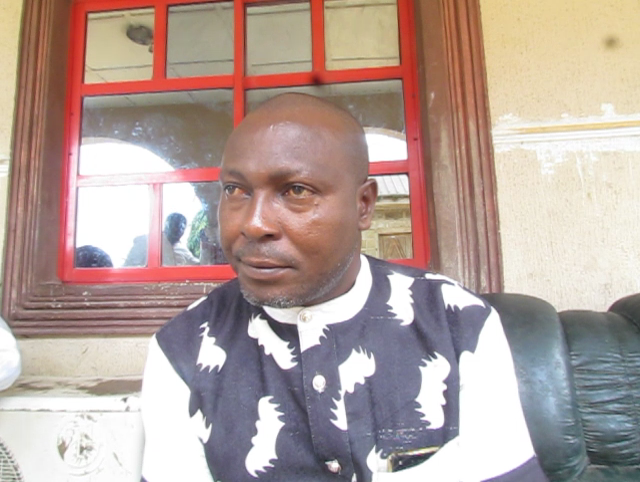 The people of Ibelebiri community in Ogbia Local Government Area of Bayelsa state have called on the authorities of the Nigerian Armed forces to release three of their sons, Mr. Mathew Ebikeme, Mr. Bubayenimibofa James and Mr. Bubayenimibofa Clinton.
The community while speaking with newsmen through their acting paramount ruler and chairman council of chiefs Earnest Ogoli said marksmen which were later identified as men and officers of the defunct “Operation Polu Shield” now “Operation Delta Safe” on the May 26, 2016 invaded their peaceful community and whisked away the aforementioned persons to an unknown destination, stressing that untold hardship has since face4d the families of the arrested trio.
Chief Earnest said all attempts at securing their release or getting to know the whereabouts has proved futile.
Whereas The community according to sources, has even secured a writ of habis corpus from the court which later made the Nigeria Army to appear in court on the matter, the community elders and opinion leaders say their arrested persons have still not been produced for trial or granted total freedom.
The community emphasized that the arrested trio are peace loving friendly industrious and God fearing young men whom they believe are innocent whatever allegations the military has level against them as their arrest has some form of political undertones and identity crisis.
It could be recalled that the Nigeria Army and other security agents have been on arresting spree in the Niger Delta.
Prior to the arrest of the aforementioned persons by the Joint Task Force (JTF) men of Department of State Services (DSS) also arrested Chief Jones Abiri, the Publisher of Weekly Source newspaper in Yenagoa Bayelsa state capital.
And in Okaki, Rivers state the JTF invaded, shot dead a promising young innocent man and arrested some persons to an undisclosed destination.
While the persons arrested in Okaki almost the same month with the trio in Ibelebiri accused of similar allegations were released months after, the situation of Mr. Ebikeme Matthew, Bubayenimibofa James andBubayenimibofa Clinton has been hapless, helpless and hopeless as the military seem to have paid deaf ears to calls of releasing them.