Posted by CREEK NEWS WEEKLY Posted on 6:06 AM with No comments 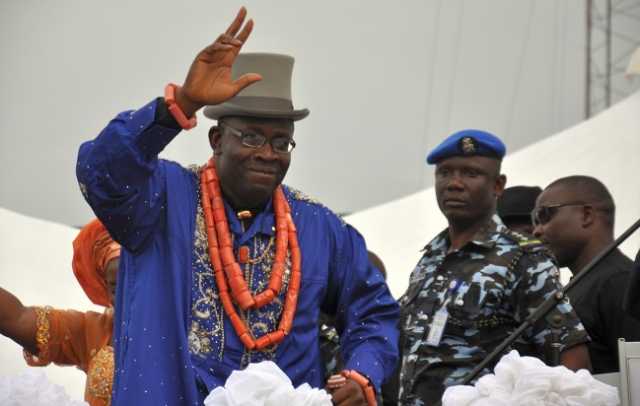 By Dreadlocks Rasta Journalist, Sept. 15, 2017
There seems to be cracks in Governor Henry Seriake Dickson’s restoration government of Bayelsa state.
The amiable and erudite lawyer, Barrister Serena Dokubo Spiff who turned Secretary to the State Government in 2016 had just thrown in the towel.
Sources closed to our news desk disclosed that the man threw in the towel in order to attend to matters arising from his traditional institution in Ada-Ama in Brass Local Government Area of Bayelsa state as a king.
Besides this, the source further stressed that King Dokubo is a reputable legal practitioner being surrounded with array of national and international clients particularly in the oil and gas industry.
It is also on record that Surveyor Fouroebi Akene, one time state commissioner of Lands and Survey in the restoration cabinet resigned his appointment.
No reason was adduced to his resignation from the cabinet but however our source said that he had better things to do outside the government to avoid dominance.
Surveyor Akene, Governor Dickson and former president Goodluck Jonathan were said to be members of the defunct Green Movement in Bayelsa state, Yenagoa.
It is an open secret that there is paucity of funds in Bayelsa state which is affecting the completion of projects embarked upon by the restoration government in spite of fillers that the economic recession is over.

To this end, political appointees are not paid fully, the state government still owes civil servants backlog of salary arrears and overhead sometimes stop.
However, our source said that several political appointees hold on to service because they claimed that it is better to be inside than outside.