Posted by CREEK NEWS WEEKLY Posted on 3:01 AM with No comments 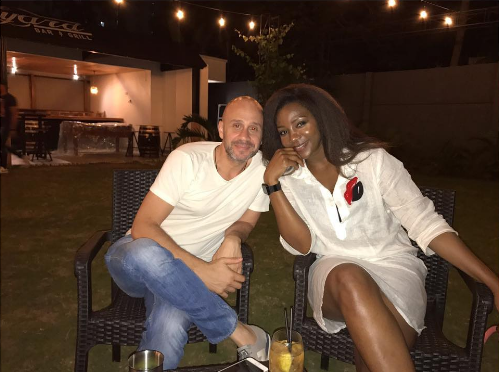 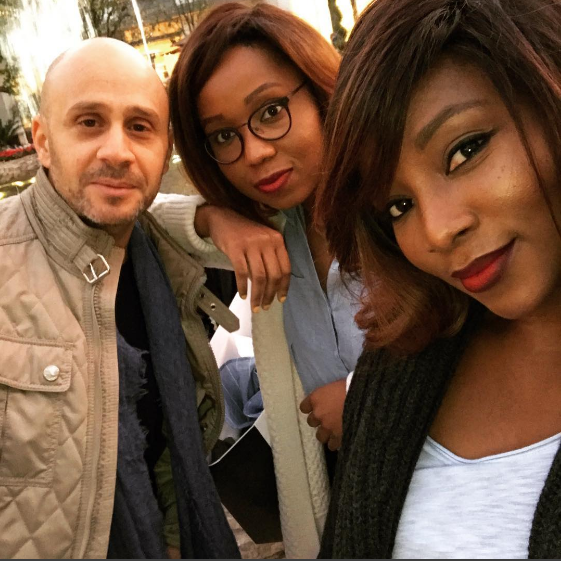 Beautiful Nollywood actress, Genevieve Nnaji is one lady who has succeeded in keeping her private life away from the prying eyes of the media. Up until now, most people don’t even know what her 20-year-old daughter looks like.
Trying to figure out what the Genevieve is up to has been a very difficult one most times.
The mother of one who teased her fans with a photo of herself wearing what seemed like a wedding band has now posted a photo with a white man and her fans have already started congratulating her even though she didn’t put up any caption with the photo.
Here’s more pictures of Genevieve and the man who have been friends since 2014 or way before then. The man’s name is AJ and he is a gin joint owner in West Hollywood, United States.
From the look at AJ’s social media page, Genevieve is a friend who visits him whenever she’s in his country, and he also visits her in Lagos and they also attend events together.