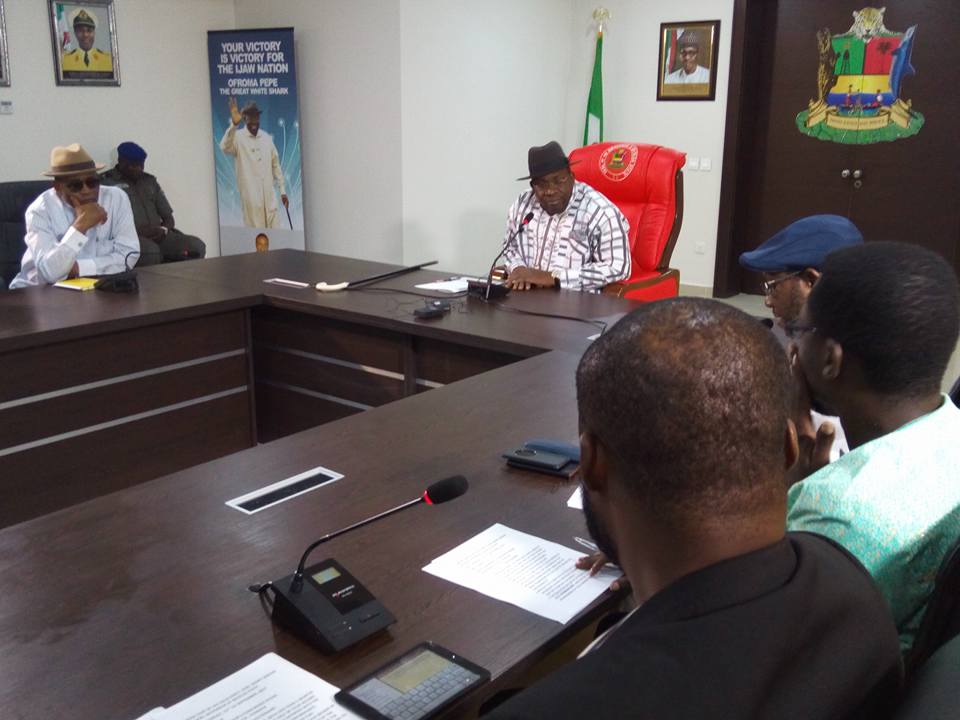 By Dreadlocks Rasta Journalist/ Dufrac, 11/9/17
The ninety minutes media chat with the electronic media and selected journalists by the Governor of Bayelsa state, Rt. Hon. Seriake Dickson has generated mixed reactions from Bayelsans especially in the social media.
The first to fire the salvo on the social media was the godson of the former president of the federal republic of Nigeria, Dr. Goodluck Jonathan, Mr. Alabh George Turner, who described the programme as “90 munities of waste of time” without any meaningful thing to take home.
According to him, “the governor failed to address critical issues in the programme”, stressing that it was just a mere show of shame to run away from the main issues that affect Bayelsans.
Another contributor Buseni Hero Chris said “for me I don’t see revolution, just a repetition of the same old story, God help us”.
Also, another Bayelsan Nelson Matt noted that “tell him to finish those projects listed by corrupt George Turner”.
Referring to Dickson’s supporter and praise singers, Gordon Matthias said, ‘why are you the (praise singers) praise singing for an idiot like Dickson, it’s like you don’t want to make use of your youthful age very well. Dickson is like a demon, satanic.
Governor Dickson in his media chat touched on a wide range of issues bothering on politics and socio-economic development of the state and his stewardship so far.
However, one of his supporters Abel Ifiemi described the governor’s outing as “an excellent performance”.
.