Posted by CREEK NEWS WEEKLY Posted on 5:14 AM with No comments 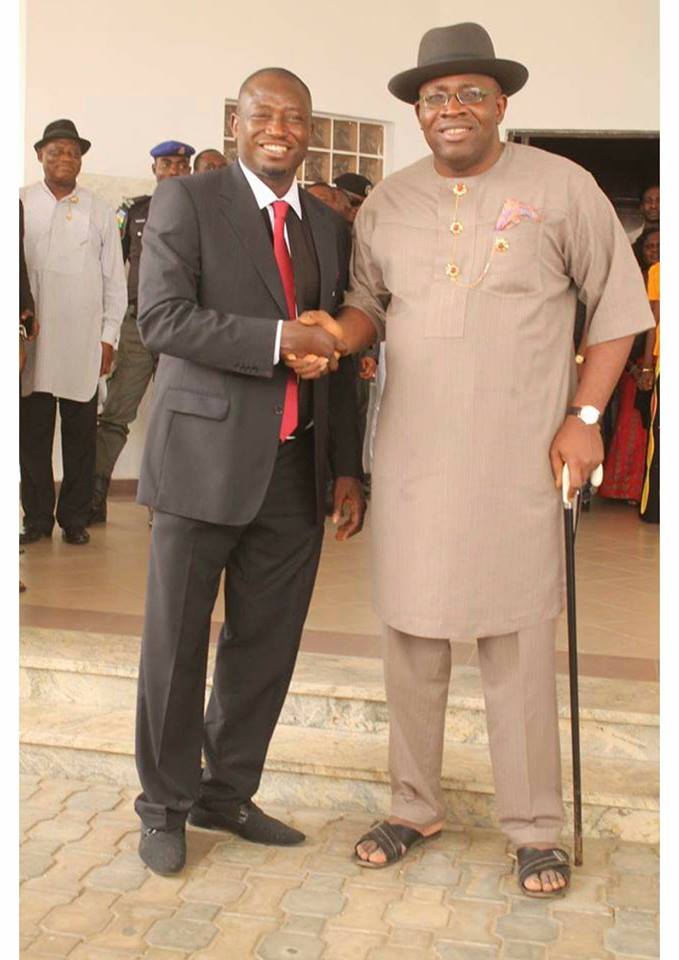 By Papa Austino Bodo, Sept 16, 2017
The Chief Executive/Publisher of a foremost  Bayelsa state based newspaper, Niger Delta Herald, Mr. Francis Dufugha has rejected the recent appointment of Mr. Francis Attah Agbo as press secretary to Governor Dickson of Bayelsa state.
In a statement made available to newsmen in Yenagoa, the newspaper publisher considered Agbo’s appointment by Governor Dickson as an insult on the sensibilities of Bayelsans.
However he noted that Governor Dickson has the prerogative to appoint whoever he likes to work with him but he personally dislike the appointment of a non indigenous journalist to that position because that office is the exclusive preserve to indigenous journalists.
According to him, the governor is pushing his recalcitrant and wicked governance too far because once he claimed that Ijaws will not be conquered territory by those he described as “enemies” but today he is that “enemy” who bully and cows his people with all Bayelsa commonwealth at his disposal.
He queried the rationale of Agbo’s appointment whether he’s afraid of indigenous journalists to be appointed as CPS, pointing out that he may have skeleton in his closets and wouldn’t need his people who are qualified to work with him.
The publisher stressed further that Bayelsa state has qualified persons to do that job better than Mr. Agbo but appointing him under the guise of a detribalized Nigerian is seen as mischievous and laughable, saying that governance is transient as posterity will judge Governor Dickson.
The newspaper editor said that it is on record that Dickson’s misgovernance has only succeeded in pauperizing and impoverishing Bayelsans who had since alienated from scheme of things and stated categorically his rejection of Agbo’s wrongful appointment which should not be seen as ethnic bigotry but an act borne out of genuine fact because Governor Dickson who claim to be an apostle of resource control and local content is going contrary to what he preaches.