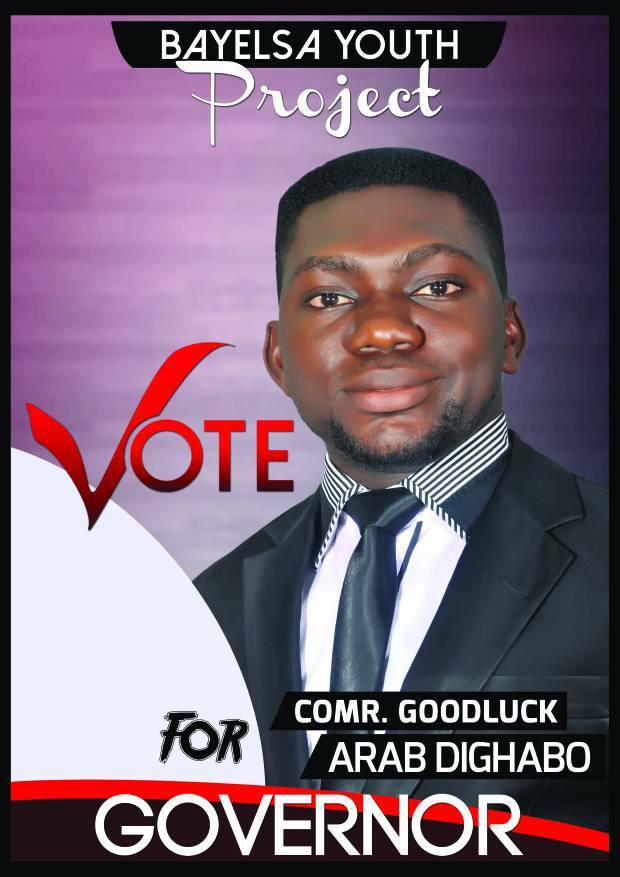 By Esumai Ambros
Bayelsa 28-year-old guber aspirant, Comrade Goodluck Arab, who met with the Yenagoa coordinator of Campaign for Development and Democracy in Bayelsa (CDDB), Mr. Oyeimin Daniel last weekend promised to ensure good governance with active youth participation come 2019.
He told the CDDB Coordinator and his members that his aspiration and manifesto tally with the aims and objectives of CDDB on good governance, genuine transparency and fair distribution of wealth to develop Bayelsa state.
He noted that though he is making consultations with stakeholders and other leaders of the State, his aspiration emanated from the outcry of youths who feel neglected  and exclusion from leadership of the state.
Comrade Arab sought for new and sustained partnership with the pro-democracy groups noting that he’s in full support of the CDDB.
The governorship aspirant also congratulated the leadership of CDDB and asked for God's wisdom and guidance to drive the process to a logical conclusion to make history.
In his remarks, the coordinator of Yenagoa CDDB, Mr. Daniel commended the 28-year-old governorship aspirant for his zeal and boldness to declare his intention to contest for the position of governor in Bayelaa state and also, for identifying with them.
He advised Comrade Arab to further consult with his people and stakeholders in the state to enable him make early preparations to succeed.
Mr. Daniel added that, CDDB is ready to receive anyone interested to identify with the organization, as he called on youths of the state to emulate Comrade Arab footsteps to follow politically in the state.