Posted by CREEK NEWS WEEKLY Posted on 5:21 AM with No comments 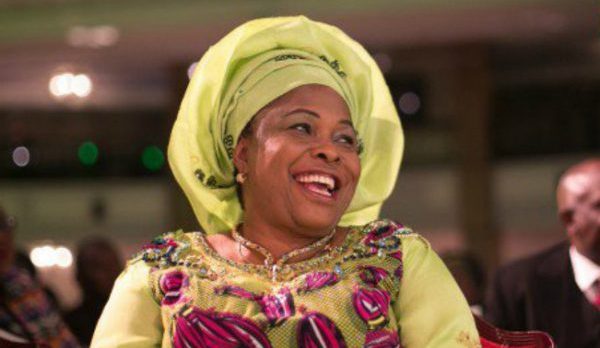 Acting as  swiftly as shark, former First Lady, Patience Jonathan, has moved to outsmart  the Economic and Financial Crimes Commission (EFCC) to seize two of her properties located in Abuja.
The EFCC had approached the Federal High Court in Abuja to seek for an order of interim forfeiture of the two properties traced to the wife of former President Goodluck Jonathan.
But the former First Lady’s legal team, led by Chief Ifedayo Adedipe (SAN), in a quick reaction filed a motion questioning the court’s jurisdiction to hear the ex parte motion by the anti-graft commission. They also stormed the court to block the hearing.
Ordinarily, the ex parte applications would have been heard by the court without the awareness or involvement of the other parties whose properties are at stake.
However, counsels to Mrs Jonathan seemed to have got hint that the motion was to be heard by Justice Nnamdi Dimgba on Thursday and therefore stormed the court to move against it.
Following the motion by Mrs Jonathan’s team of lawyers, Justice Dimgba who was to hear the EFCC’s motion on Thursday, had to adjourn the matter till November 11.
Adedipe and Chief Mike Ozekhome (SAN), who stood for wife of the former president, had argued that the court should not entertain the ex parte since their client had already filed an application questioning the court’s jurisdiction to hear it.
The court witnessed a great number of women supporters of Mrs. Jonathan who stormed the court with some bearing their children. Because the court was filled up, some of the women and their children sat on the bare floor outside the court room.
The anti-graft agency had in an ex parte motion marked FHC/ABJ/CS/872/2017 and filed by its counsel, Mr. Benjamin Manji, on September 9, 2017, prayed an order of interim attachment/forfeiture properties at Plot No. 1960, Cadastral Zone A05, Maitama District, and Plot No. 1350, Cadastral Zone A00, both in Abuja.
Among other things, the EFCC is also praying for “an order stopping any disposal, conveyance, mortgage, lease, sale or alienation or otherwise of the property/asset described in the schedule attached herein.
It is also seeking for “an order authorising the EFCC to appoint a competent person(s)/firm to manage the asset/property listed in the schedule herein, temporarily forfeited to the Federal Government pending the conclusion of investigation.” Courtesy: Ripples