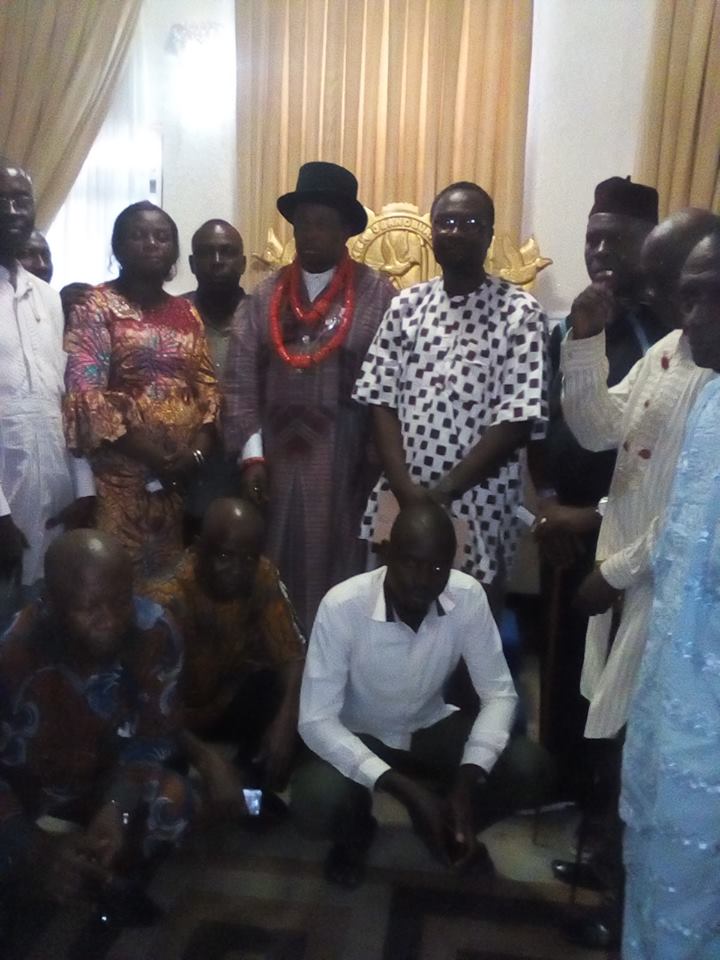 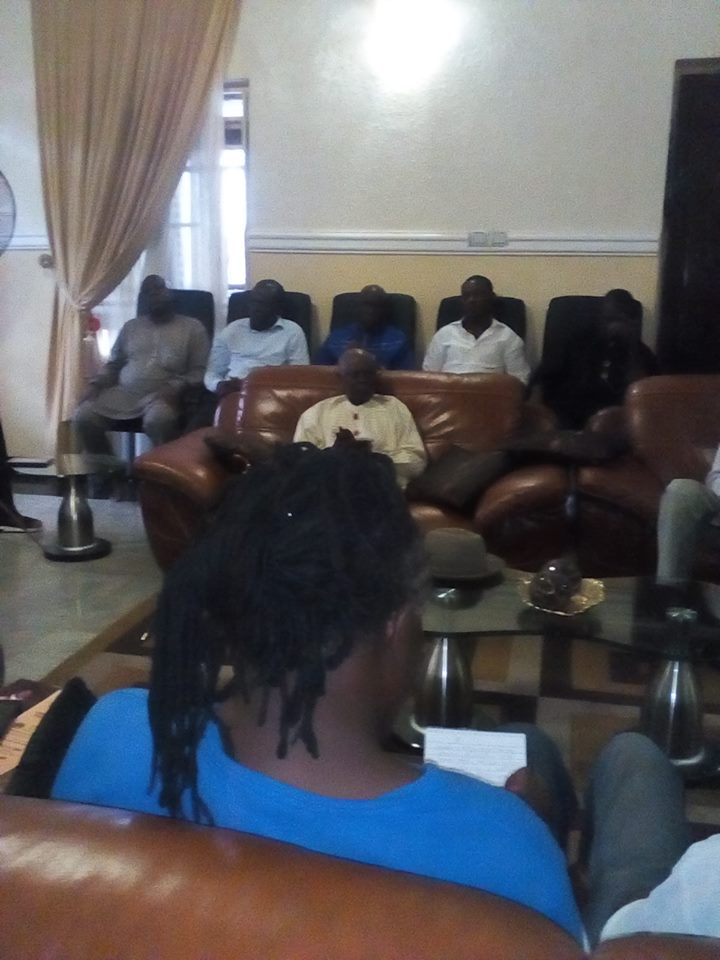 By Papa Austino in Yenagoa, October 23, 2017
Indications are rife that a big political calamity may doom the development of the Ogbia Kingdom in Bayelsa state if it is not checked.
The women leader of Campaign for Development and Democracy, in Bayelsa (CDDB) Mrs. Aniedem Freeman dropped this hint when the pro-democracy group led by the Director-General Dr. Welson Ekiyor paid courtesy call to His Eminence, Demaro Charles Owaba, and the Obanobham III of Ogbia Kingdom in his palace.
She stated that Ogbia Kingdom today is characterized with problems because of bad politics played by political gladiators in the kingdom.
According to her, the political class had ride under the umbrella of money politics which hinders the right of majority of the people to select their leaders seeking for political office.
This sad political trend, she further pointed out, must be checked if genuine development is to reign in the local government area.
Mrs. Freeman is of the view that the 2018 election is yet another deciding factor to reckon with again and pleaded to partner with the Ogbia brotherhood to select credible leaders for good governance in order to avoid underdevelopment in Ogbia kingdom.
In his remark, the Obanobham 111 of Ogbia Kingdom, His Eminence Charles Demaro Owaba extolled late senator Melford Okilo for his exemplary parliamentary politics he played, describing him as an institution for younger ones to follow.
According to him, the emergence of CDDB is timely if the pro-democracy group mission is serious, adding that politics of discord, violence and distrust is bane of underdevelopment nowadays.
True democracy, the Obanobham further pointed out is development of the people. He pledged to back the CDDB for their vision to enable the people to select credible candidates of their choice, no more imposition.
Speaking on the same vein, HRH Chief N.D. Amakuro, traditional ruler of Kolo Federated Communities expressed his happiness over the courtesy call by CDDB to the palace of the Obanobham 111 of Ogbia Kingdom.
He thought CDDB is another political party that has emerged recently but after listening to what they stand for, he has no doubt in his mind that the pro-democracy group speaks the hard truth: no imposition of candidates by political money bags again.
HRH, Chief Amakuro urged them to keep the flag flying as he equally pledged to back the group in their awareness drive for the people to select candidates of their choice for good governance.