Posted by CREEK NEWS WEEKLY Posted on 10:35 PM with No comments 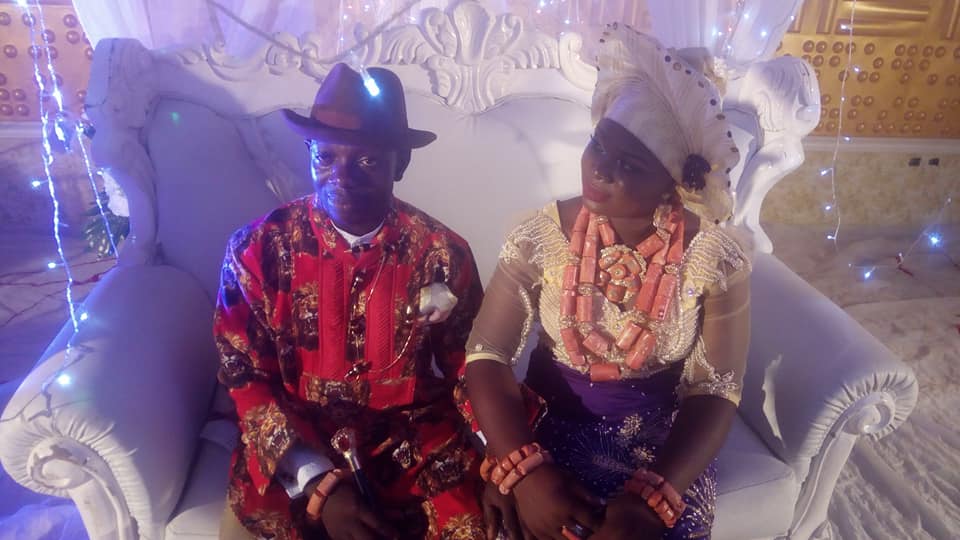 The marriage institution is incomplete without the payment of bride price by the groom.

The Amananaowei of Azuzuama HRH Ekewei Arewei made this remark in an interview with newsmen at the reception of the traditional marriage between Mr. Ayibaseigha Gilbert and Ms Inibrayelayefa Teiwei at late Diama Event Center, Yenagoa over the weekend.

According to him, the pride of the groom parents is the satisfaction that their daughter is being paid for to become a full fledged woman in the society, stressing that without that the bearing of children by the couple is regarded as nothing.

He wishes the new couple successful marriage as both of them have fulfilled the basic requirement to become husband and wife.

Also speaking, Mr. Gilbert told reporters that he had expected his marriage to Ms. Inibralayefa Teiwei for a long time, stressing that he knew her back in his secondary school days and thanked God that his dream has finally come true.

In her remarks, the mother of the Day, Mrs. Apigo Gilbert advised spinsters to shun material possessions while hooking up with their fiancees, adding that marriage build on materialism don’t last.

She also advised the new couples to look up to God for guidance and protection as He’s the ultimate keeper of marriage.

Dignitaries from all walks of life graced the occasion including an ex-Secretary to the Bayelsa State Government (SSG), Elder Gideon Ekewei.
RELATED POSTS
Tag : LIFE AND STYLE