Posted by CREEK NEWS WEEKLY Posted on 6:54 AM with No comments 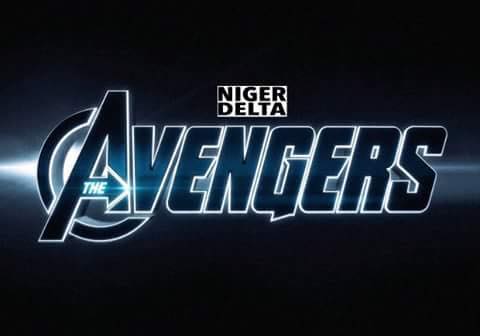 The Reformed Niger Delta Avengers (RNDA) in coalition with nine other militant groups have vowed that they will soon smoke out Government Ekpemupolo (aka Tompolo), who is on the wanted list of the Federal Government, from his hiding place.

In an electronic mail signed by its leader, Major General Johnmark Ezonebi and forwarded to the Niger Delta Herald  on Sunday  night in response to the recent threat by the Niger Delta Avengers(NDA) to resume hostilities in the creeks of the Niger Delta region,the RNDA stated that the wanted militant leader was seeking for cheap relevance.

“Tompolo is seeking cheap relevance from the Buhari led APC federal government through the Niger Delta Avengers(NDA) statement that it would resume fresh attacks in the Niger Delta region.

“But we want to remind him that the time had changed far beyond his reach as this was not the Jonathan administration where he held sway in the south south and Niger Delta region for his personal gains,” the statement read.

Going further RNDA counselled Tompolo: “Please wake up. It can’t be business as usual. We will soon join forces with the federal government to smoke him out from his hiding place in the creek.

“We know exactly where he is,even some top federal government officials and the government of Delta state know his whereabout with top security agents but in a short while we shall give the names of all those influential supporters to Tompolo and his Niger Delta Avengers with some government officials from the presidency still getting in touch with a man that is under government wanted list.”

RNDA accused Tompolo of “using the struggle to empower himself and his immediate family and few cronies. And the self acclaimed spokesperson of NDA, Major General Murdock Agbinibo is no other persons than the three apostles of Tompolo who have deserted their Warri homes.”

Sounding a note of warning, RNDA stressed: “RNDA want to state that if any form of attack or destruction of oil pipelines and oil facilities happen in the creek of Delta State due to this shameless threat of statement by the so called Niger Delta Avenger’s formed and coordinated by Tompolo and his cohorts,the people of Gbaramatu should hold Tompolo responsible for any harm or damage that the people will face in the wake of this.”

RNDA emphasised that it is “well known as a serious minded militant group in coalition of nine other militant groups in the creek with focus on the growth and development of our long neglected region.

“We want to let Tompolo and his Avenger’s know that we are not like him that is using the name of Niger Delta struggle to empower himself and his family alone with his Gbaramatu kingdom only and we know how he has been collecting billions of naira from oil bloc owners and international oil companies that are operating in the creek of the Niger Delta region and the country at large by threatening to bomb their facilities if they refuse to settle him.

“We cannot use the struggle of Niger Delta to be trading for personal gains and family enrichment to the detriment of the long neglected people of the Niger Delta region.”