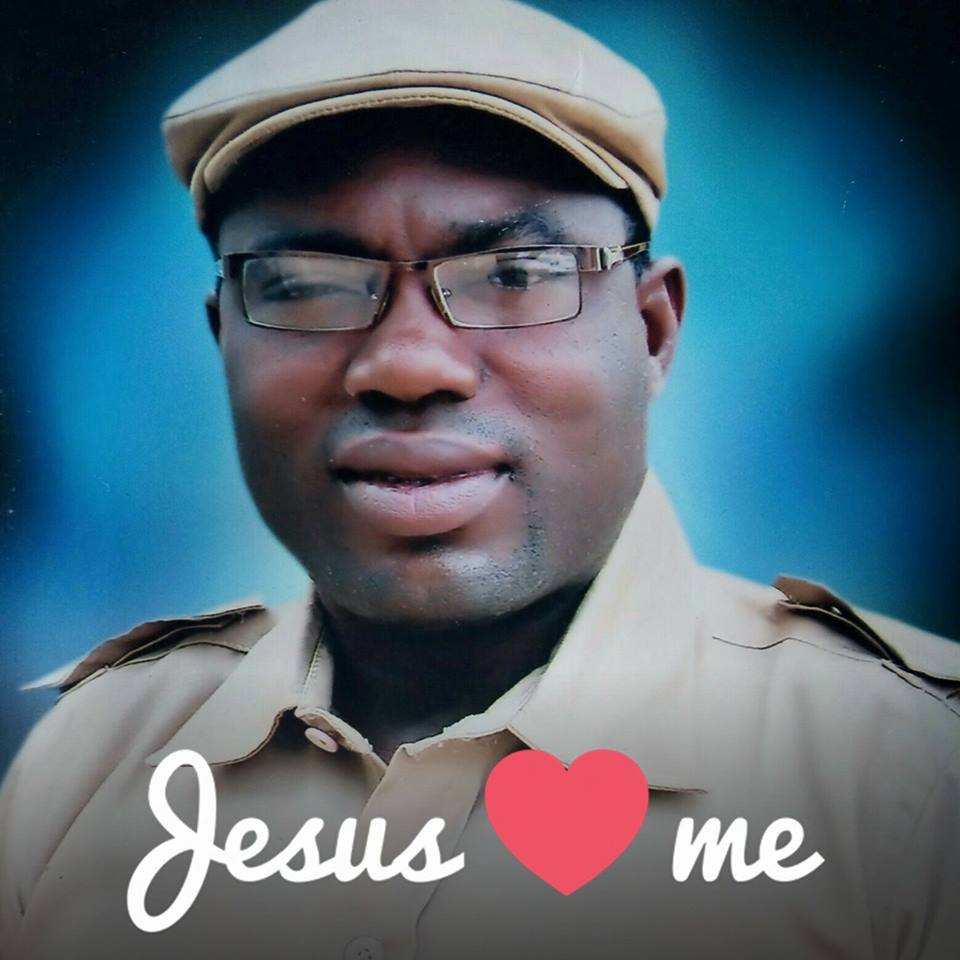 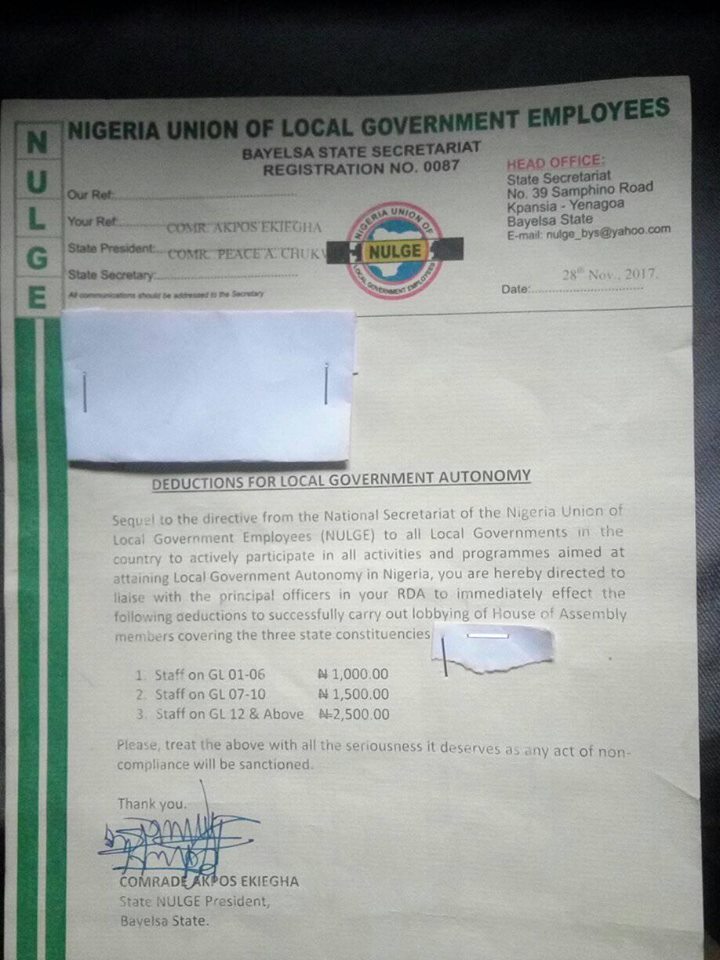 BY DOMOTIMI DANIEL
There was pandemonium in the various Bayelsa state Rural Development Areas (RDA's) few days ago following a directive by the president of the state chapter of Nigeria Union of Local Government Employees (NULGE) over a compulsory deductions of their salaries from source if paid.

The state president of NULGE, Comr. Akpos Ekiehga is said to have issued this directive through a letter of threat to its members that "any act of non compliance will be sanctioned".

Akpos claimed that the planned deduction is to enable them lobby members of the Bayelsa state lawmakers to effectively pass the local government autonomy bill into law.

An anonymous staffer with one of the RDA’s said he wondered why NULGE is bringing all these at a time when the state government wants to embark on another verification exercise on December 11, 2017, with members taking into another round of borrowing money to pay for transportation, feeding and accommodation.

Some of the RDA's secretariats when visited had members questioning themselves "what have we done wrong to the present leadership of NULGE
who instead of protecting us and ensuring that we are not victimized unjust fully by the state  government, are plotting on how to
deduct money we have not even seen".

Close ally to Comrade Akpos who confided to our correspondent said the monetary drive of the present leadership is ungodly and wished them repentance.

Meanwhile the chairman, House committee on information in the state house of assembly, Hon. Sola Adikumo when contacted declined to pick calls but responded through an SMS, asking the source of information.

Another member of the state House of Assembly Hon. Parkinson Markmanuel told members of the Yenagoa RDA that he is not aware of such move by NULGE to lobby the assembly.

All efforts to reach the commissioner of Local government Mrs. Pastor Agatha Goma and the president of NULGE, Comrade Akpos Ekiegha
proved abortive.